Company is still awaiting a court hearing into challenge by objectors 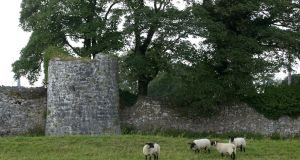 Athenry, Co Galway. Apple’s data centre could be in jeopardy.

Apple has warned Irish authorities that continuing delays around its proposed data centre in the west of the country could jeopardise the $1 billion project, according to sources.

The iPhone maker, which scouted 19 countries before choosing Ireland, raised concern that the project remains mired in the planning process, according to the sources. The plan to build a data centre in a Galway forest, due to cover 166,000 square meters, the equivalent to about 23 soccer fields, close to the Atlantic coast was announced in 2015 and had been expected to be completed this year.

Instead, Apple is still awaiting a court hearing into a challenge by objectors into the planning approval for the project. The company is also worried that plans to power the center could also be contested, adding additional delays, though it hasn’t given Ireland a deadline for completing the process, according to one of the people.

Advocates of the Apple project say the delays illustrate a deeper issue: the difficulty executing large infrastructure developments in Ireland compared with other countries. Apple has almost completed a similar project in Denmark that chief executive officer Tim Cook announced simultaneously as part of its biggest-ever investment in Europe, and said in July it plans a second data center in the Scandinavian country.

In Ireland, the forestry site remains largely untouched, as the project became bogged down in the planning process, with objectors contesting its potential environmental impact and economic benefits. Though a Dublin court agreed to fast-track a second legal challenge to the centre planning approval in November, that case won’t be heard until October.

While the court probably won’t block the centre altogether, it could send the project back into the planning process if it finds flaws in the earlier procedure. Depending on the outcome of the case, Apple may quietly shelve the center or scale it back, rather than formally abandon it, according to one of the people.

Apple declined to comment, as did IDA Ireland, the agency responsible for attracting inward investment into the country.

1 Bank leaked my loan request to family who tried to rip me off
2 Ryanair and Aer Lingus monitor impact of coronavirus on travel to Italy
3 Boris Johnson's new immigration regime will damage much more than industry
4 Exposed to coronavirus: How Irish business is coping with fallout
5 Mastercard to create 1,200 new jobs by expanding base in Dublin
Real news has value SUBSCRIBE