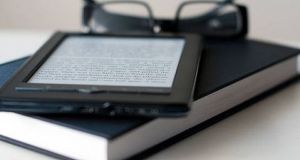 The cost of ebooks could be about to fall after a vote by MEPS to reduce the rate of VAT charged to bring them in line with the rate on printed books.

Print and digital publications are at present subject to separate value-added tax (VAT) rates, with ebooks taxed at an EU minimum standard rate of 15 per cent, while member states are free to charge between zero and 5 per cent on printed publications.

An EU Commission proposal to enable states to charge a reduced rate of VAT on ebooks was heavily backed by MEPS in Brussels on Wednesday at the Economic and Monetary Affairs Committee, with 48 votes to one, with two abstentions.

The vote comes as recent figures from Nielsen show ebook sales declined 4 per cent in 2016, while physical books sales rose 2 per cent. In the UK physical book sales last year outstripped digital downloads for the first time since 2011.

Amazon, which leads the ebooks market through its Kindle device, which was first released in 2007, used to charge considerably less for digital versions than printed ones, but has gradually increased prices in recent years so that they often cost the same, and in some instances, more than physical copies.

“Our way of reading has changed rapidly over recent years. Now it makes no sense to apply a double standard whereby an online newspaper is taxed higher than a printed one you buy in a shop. This new directive will give member states the option to align VAT on digital content with printed matter,” said rapporteur Tom Vandenkendelaere, commenting on the MEPs vote.

Music and videos content will continue to be taxed at the standard VAT rate under the proposal, which is to be put before parliament as a whole later on this month.