ByteDance and Oracle at loggerheads over terms of TikTok agreement 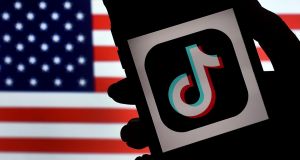 A successful deal would allow Mr Trump to drop his threat of shutting down TikTok and avoid alienating its army of young users ahead of the November 3rd US election. Photograph: Olivier Douliery/AFP via Getty Images

ByteDance and Oracle issued conflicting statements on Monday over the terms of an agreement they reached with the White House over the weekend to allow TikTok to continue to operate in the United States, casting doubt on president Donald Trump’s preliminary blessing of the deal.

China’s ByteDance was racing to avoid a crackdown on its popular short-video app after the US commerce department said on Friday it would block new downloads and updates to the app. US officials had expressed concern that the personal data of as many as 100 million Americans who use the app was being passed on to China’s Communist Party government.

A successful deal would allow Mr Trump to drop his threat of shutting down TikTok and avoid alienating its army of young users ahead of the November 3rd US election.

ByteDance said on Monday that it will own 80 per cent of TikTok Global, a newly created US company that will own most of the app’s operations worldwide. ByteDance added that TikTok Global will become its subsidiary.

Oracle and Walmart, which have agreed to take stakes in TikTok Global of 12.5 per cent and 7.5 per cent respectively, had said on Saturday that majority ownership of TikTok would be in American hands. On Monday, Oracle said ByteDance’s ownership of TikTok would be distributed to ByteDance’s investors, and that the Beijing-based firm would have no stake in TikTok Global.

Mr Trump signed an executive order on August 14th giving ByteDance 90 days to relinquish ownership of TikTok. Oracle’s account of the deal would mean that ByteDance would be complying with that order, while ByteDance’s account would represent a policy reversal for Mr Trump.

The White House referred to a Fox News interview on Monday in which Mr Trump said that Oracle and Walmart will have “total control” over TikTok.

“If we find that they don’t have total control, then we’re not going to approve the deal,” Mr Trump said.

The corporate governance arrangement that the companies have disclosed for TikTok Global does not award total control to Oracle and Walmart. Walmart chief executive Doug McMillon would be one of five directors on TikTok Global’s board, the companies have said. Others would include ByteDance founder Zhang Yiming, and the heads of ByteDance’s two top investors, General Atlantic and Sequoia Capital. The fifth board director has yet to be named.

The current plan for TikTok Global does not involve any transfer of algorithms or technologies, and Oracle will be able to inspect TikTok US’s source code, ByteDance said on Monday. This is akin to US companies such as Microsoft Corp sharing their source code with Chinese technology experts, ByteDance added. Oracle and Walmart have said all of TikTok’s technology will be in the possession of TikTok Global.

The commerce department postponed a ban on downloads and apps to the TikTok app that was due to take effect on Sunday by one week, to give the companies time to finalise the deal.

The Committee on Foreign Investment in the United States (CFIUS), a US government panel that reviews deals for potential national security risks, has been overseeing the negotiations.

Some sources close to the deal have sought to reconcile the discrepancies by pointing out that 41 per cent of ByteDance is owned by US investors, so by counting this indirect ownership, TikTok Global would be majority-owned by US parties. One of the sources said the deal with Oracle and Walmart values TikTok Global at more than $50 billion.

ByteDance on Monday also confirmed plans for an initial public offering of TikTok Global. Oracle has said this will happen in less than 12 months on a US stock exchange.

ByteDance also said a $5 billion payment of taxes TikTok Global will make to the US Treasury is based on estimated income and other taxes the company will need to pay over the next few years, and has nothing to do with the deal reached with Oracle and Walmart.

Mr Trump last week had said there would be a $5 billion US education fund as part of the deal, but ByteDance has said it was not aware of this. Walmart, Oracle and some ByteDance investors said they would sponsor an educational initiative for online courses for children in the suburbs and inner cities.

ByteDance owning the majority of TikTok Global and the algorithms means that ByteDance is “not out of the game” and has avoided the worst-case scenario, China’s state-run newspaper Global Times said in an editorial published on Sunday.

But on Monday, Global Times editor-in-chief Hu Xijin tweeted: “Based on what I know, Beijing won’t approve current agreement between ByteDance, TikTok’s parent company, and Oracle, Walmart, because the agreement would endanger China’s national security, interests and dignity.”

China’s foreign ministry did not immediately respond to a request for comment.