Financial software company has hired UBS to advise on options 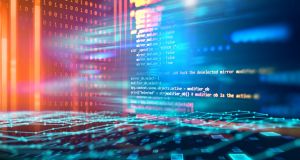 Fenergo, a Dublin-based financial software company, is considering a potential initial public offering (IPO) as surging stock prices tempt more European companies to the capital markets, according to a source.

The company has hired UBS Group to advise on options including an IPO, the source said. Fenergo is likely to seek a valuation of around $1.5 billion (€1.3bn), the person said.

The company, which provides anti-money laundering and data-management software to banks, is also considering going public through a deal with a so-called special purpose acquisition vehicle, according to the person.

Fenergo completed its most recent funding round in February, which valued it at $800 million. Its largest investor is private equity group Insight Partners with a 65 per cent stake, according to the source.

nCino, another financial software business that counts Insight as an investor, almost tripled on its market debut in July, and that success has spurred Fenergo’s move towards an IPO, the source said.

Other investors include include ABN Amro Bank and DXC Technology.

Fenergo’s clients include BNP Paribas, Banco Santander and State Street as well as UBS itself.

A nominee for Company of the Year in this year’s Irish Times Business Awards, Fenergo employs more than 850 people, and is on track to surpass $105 million in revenues this year. It is optimistic that it can grow sales to $250 million by 2023.

Fenergo develops solutions for financial institutions that helps them with issues such as regulatory compliance and managing client data. In recent years it has expanded into new sectors such as asset and wealth management and in doing so has added key customers such as Royal Bank of Canada and Mizuho.

The company, which achieved its $800 million after closing an $80 million investment round earlier this year, was spun out of Irish tech veteran John Purdy’s Ergo Group in 2009. Fenergo added 16 well-known banks to its client base in the first five months of 2020 alone.

Buoyant equity markets are encouraging more companies to consider listings even as the coronavirus crisis continues to loom over the global economic outlook.

This week online shopping emporium THG Holdings Ltd saw its shares surge as much as 32 per cent on their London debut, and cloud-data software maker Snowflake I more than doubled on its first day of trading in New York.

While Europe’s IPO market has lagged those in Asia and the US amid the pandemic this year, there are signs of a recovery. A host of companies, including French cloud-computing provider OVH Groupe and German online used-car marketplace Auto1 Group, are weighing listings in the region. – Bloomberg