Google setback not seen as tipping point for Ireland 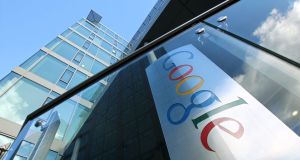 There is some annoyance at Google’s failure to be more forthcoming in its reasons for pulling out of the Sorting Office deal. Photograph: Peter Muhly

Reaction to Google’s decision to pull out of a landmark office deal in Dublin has been muted.

The commercial property sector has been shaken by the news that the US search giant will no longer proceed with plans to sign contracts for the Sorting Office building that would accommodate up to 2,000 people. But industry figures said suggestions that it might prove a tipping point were overblown.

And there was little sign that any of the major technology companies were planning to retrench on their existing footprint despite the uncertainty created by the Covid-19 crisis and the current Government guidance to work from home where possible.

Social media firm Facebook, currently building a campus in Ballsbridge on the site of the former AIB Bankcentre, said it remained committed to the development, and to Ireland.

It is expected that more than 2,000 people currently based in Grand Canal will officially move into the new campus once it is safe to do so.

Salesforce is also expected to proceed with its development of Salesforce Tower in Dublin. The Spencer Dock project, which was curtailed by height restrictions in the area, will be able to hold 3,500 staff once it is completed – and social distancing requirements have ended.

“In the context of the pandemic and the current pivot to home working, it’s hard to predict what decisions companies will make about office space requirements at the moment,” a spokesman for the American Chamber of Commerce in Ireland said.

“The likelihood is that there will be a lack of clarity until we reach the post-pandemic business environment and companies have a better feel for their future workspace needs.”

Industry figures in the commercial property sector described the position as “disappointing” but no more than that.

“I’m not pretending that there are 10 other Googles out there to take this space,” said one, “but inevitably there will be other takers who come along. They may rent floor by floor rather than the whole building and it may take longer, but it will still fill.”

There was some annoyance in the sector that Google’s failure to be more forthcoming in the reasons for its decision had only fuelled the uncertainty. It was noted that Google has several other office projects on the go and, given the company has already decided to let staff work from home until next year, that may have influenced the decision.

Developers are unlikely to slow down their plans as a result of the Google call, one industry executive said. He noted that most of the office schemes currently being built or soon to be started were already 50-60 per cent pre-booked.

“This market is not like previous booms where developers built ahead of demand,” he said. “Developers have generally found it difficult to keep up with demand. The supply of really high-quality new space is reasonably tight.”

Sources said that about a quarter of the deals that had been in play ahead of the lockdown were now dead in the water with another quarter of them currently on hold. However, the rest have either completed or are currently working their way through the process.

1 Will your boss let you work long-term from home – or from abroad?
2 AA Ireland bought by Olivier Sarkozy-led fund for over €200m
3 Google tells workers to return to country where they are employed
4 House asking prices rebound but will likely fall again - MyHome
5 Plans for €2bn Dart expansion lure Bombardier to Dublin
Real news has value SUBSCRIBE