Apple’s TV event: what you need to know

From original TV shows to a news service, here’s what Apple is set to unveil later today 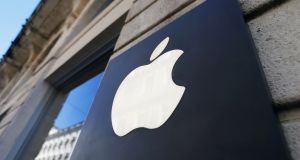 Apple is holding an event in San Francisco on Monday, and rumours are it will all be about services.

What is Apple launching?

The rumours have been swirling around this one. Obviously we won’t know exactly what the company has planned until finishes its event later on Monday, but it’s generally accepted that Apple will unveil a new film and TV service. The rumour mill has been cranking up over the past few months, and even more so since the invites for Monday’s event went out proclaiming “It’s show time”.

Apple is also expected to offer a news subscription service too, building on its original Apple News service that it launched four years ago. The Washington Post said the service would package up content from other media companies, with Apple sharing the revenue in a 50-50 split. Although the Post isn’t signing up, it said the Wall Street Journal among others appeared to be backing the new subscription service.

But the bulk of the excitement seems to be around the new Tv offering that Apple is certain to unveil at the event later today.

What will the TV service offer?

Apple has been quietly building up its TV team in recent years, enticing TV and film heavyweights to work with it on content. The company is spending around $2 billion producing original content, with projects involving Oprah, Jennifer Aniston, Steven Spielberg, Reese Witherspoon and Steve Carrell among others.

However, it is thought that Apple won’t be setting itself up as a direct rival to Netflix or Amazon Prime in terms of offering access to older TV shows and movies. Instead, it is said to be offering subscriptions to other media organisations’ programming, with deals set up with HBO, Showtime and Starz. Apple gets to keep a cut of the revenue, the media companies get their programmes in front of millions of Apple users.

Netflix boss Reed Hastings last week said the company wouldn’t be integrating with Apple’s new service, which implies some sort of cooperative relationship was sought rather than an all-out war for subscribers.

However, that doesn’t mean they won’t be competing for consumers’ wallets.

That’s not entirely clear yet. There were rumours that Apple would make some of the content free to Apple users , but recent reports suggest that won’t happen, with a $9.99 price tag expected to be attached.

Like other Apple services, it could be limited to Apple users to start with, but that doesn’t mean it will stay that way. Apple Music was initially limited to Apple customers, but it is now available on Android devices and in the US, you can access Apple Music through Amazon Echo smart devices.

Why is Apple going down this route?

Sales of hardware - iPhones, iPads - are slowing as customers either hold on to their existing phones for longer or look at rivals for different features. So Apple is diversifying. The company has already made its clear that services revenue – money generated from iCloud, App Store, Apple Music among others – is an increasingly important category, with a goal in 2016 of doubling its $25 billion services revenue by 2020. At the last count, it was $37.1 billion, which is still relatively small in the grand scheme of things – Apple’s annual revenue in 2018 was $256.6 billion - but it’s a growing market. Adding a new video service could contribute to that.

Will it be a success?

If we knew that, we’d also have the winning lottery numbers to hand. Apple is starting from behind its rivals but it has a fairly big customer base for its hardware. Netflix has around 140 million paying subscribers to its service.

Just because Apple is behind other players in the market, it doesn’t necessarily mean it will fail. Apple was also late to the music streaming game, relatively speaking, and was faced with competing directly with Spotify for paying customers. It’s still behind the Swedish-founded company, but Apple music now has an estimated 56 million subscribers – and growing.

Will it come to Ireland?

Again, it’s not clear if Apple will bring its new service to Ireland. At present, Irish Apple customers have access to movies on iTunes, but not TV shows. We will have to wait and see if Apple plans to launch its service here.

What time is it happening?

The event will kick off at 10am in San Francisco, which is 5pm Irish time, and is taking place on Apple’s Cupertino campus.