Taking the long view of Ben Dunne as he turns 70

Caveat: The businessman transformed industries and lifted the lid on links between corporates and politicians 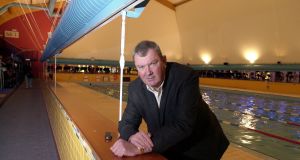 Ben Dunne at one of his gyms, Westpoint, in Blanchardstown, Co Dublin. However, his place in Irish society was built on his time running the family retail business, Dunnes Stores. Photograph: Eric Luke

Newspaper birthday lists and online encyclopaedias usually note Ben Dunne’s birthday as March 3rd. Yet the official documents for every one of his registered companies record it as March 11th, which is next Monday.

This will be a major birthday for the man Charlie Haughey liked to call the Big Fella. Dunne is turning 70.

For the best part of four decades, he has been among the most recognisable names and faces in Irish business and society. He remains a director and controlling shareholder of his 10 outlet-strong fitness centre group, Ben Dunne Gyms.

His place in Irish society, however, was built on his time running the family retail business, Dunnes Stores. As he joins the ranks of septuagenarians, it is worth recalling the impact he has had, and the notoriety he has attracted, down through the years. During that time, Dunne has shown this State the best and the worst of itself.

During the recent presidential election, many commentators labelled Peter Casey as Ireland’s answer to Donald Trump. This was always a tenuous comparison. Trump’s name was well known in every US home for decades, whereas Casey, apart from some vague recognition from two seasons on Dragon’s Den, was otherwise a nobody.

Dunne, however, is among the handful of prominent Irish business people over the years whom you could have credibly said was the closest thing to an Irish version of Donald Trump, without stretching things unduly. He helped to build the nation’s biggest indigenous retailer into a discounting powerhouse.

Like the pre-politics Trump, the early version of Dunne was known by every housewife, baker and candlestick maker as a famous businessman. He was, and remains, a one-man brand with a recognition factor that transcends the business arena.

Like Trump, he is also bestowed with an outsized ego and a need for attention. He is, like the US tycoon, a bombastic, alpha character.

One big difference between Trump and Dunne, however, is that most people who meet the Irish businessman tend to, at some level, like him or at least enjoy his company. Trump is recognised but it is said that almost nobody really knows him, and even fewer people like him. Dunne is a much warmer individual.

Late in his career, Trump turned to politics to further feed his Olympian ego. Dunne probably would not have made a good politician. His impact on Irish politics, however, has been undeniable and profound.

Although it was a personal meltdown, it had very public consequences for many people in this State

Most people know the Florida story, and to his credit, Dunne rarely sugar coats it in public. To recap: in 1992, at the peak of his prominence and his retail career, a coked-up and paranoid Dunne was arrested while threatening to jump from the balcony of an Orlando hotel room, where he had been camped out with an escort.

Although it was a personal meltdown, it had very public consequences for many people in this State. The Florida affair was the last straw for his sister, Margaret Heffernan, who resolved to force her younger brother out of the business. As part of the struggle, she commissioned a predecessor firm to PwC to trace payments he had made from business accounts, including payments to politicians.

When details from the PwC list were obtained by journalist Sam Smyth, he promptly wrote a story revealing that Dunne had paid for an extension to the home of one-time Fine Gael minister Michael Lowry. Revelations followed of dubious payments he had made to the former taoiseach Charlie Haughey.

The subsequent McCracken and Moriarty tribunals helped to pull the scales from the eyes of Irish citizens over the true nature of the tawdry, greasy, dark nexus that exists between business and politics. It is a place of no good, and the more light we shine on it, the better.

Should Dunne be in some way thanked for helping to power the torch, albeit inadvertently? No. He paid money to politicians and that is reprehensible. It is still true that Irish citizens would know less about this cancerous culture, however, if Dunne’s personal failings hadn’t brought him that Florida balcony.

Dunne effectively led the professionalisation of the fitness industry in Ireland. He saw that gap before anybody else

After he was catapulted out of Dunnes in the mid-1990s, he turned to the fitness sector. At the time, the industry barely existed. Dunne, flush with the €127 million with which he departed Dunnes Stores, invested heavily and led the rise of the sector.

He made mistakes at the start, such as lumbering some of his early gyms with expensive swimming pools that will never make money. But he effectively led the professionalisation of the fitness industry in Ireland. Dunne saw that gap before anybody else.

Once again, like Trump, Dunne has also had business failures and some terrible ideas that never took off. Remember his plan to sell sandwiches to shops for 70 cent each? Not many do. He never made a crumb from that idea. He also bizarrely tried to develop a cemetery on a prime site in London, which fell foul of the neighbours.

Dunne has tried and failed on several occasions to launch a web business, such as the online classifieds outfit bendunnedirect.com. He even tried to bring discount sales to the art market, although his gallery was shuttered quietly after less than a year.

The image of Dunne, through his success and failures, resonates more with the Irish public than most corporate brands or business leaders could ever dream about. With all of his talents and imperfections, he was always going to leave a mark of some sort.

- Hidden cracks only become apparent when you put pressure on them. And when pressure was applied to Ryanair’s operating model at Dublin Airport last Sunday night, the cracks in its Always Getting Better customer service strategy were plain to see.

The short version of what happened is this: an unexpected but tiny amount of snow fell in Dublin on Sunday in the early evening. It shouldn’t have been enough to stop a schoolboy’s football match, but it effectively crippled Ryanair’s Dublin operation.

The airport says the problem, which manifested in the form of a raft of cancellations and delays of up to six hours on other flights, was caused by delays in getting planes de-iced, which is the responsibility of the airlines.

I was due to take a 9.25pm Ryanair flight to the UK. En route to the airport, my Twitter feed told me that all was not well at Terminal 1, but I arrived early anyway at 7.30pm. There was no mention of any delay to the flight, so I went through security.

The gate was to be announced sometime after 8.30pm, but at 9.12pm, Ryanair texted to say the flight was now delayed until 11.05pm. At 10pm, I received another text to say it was delayed to 1am.

All the while, the staff on the ground had no idea what was happening. They blamed the delays on the weather. But it felt more like incompetence.

The staff handed out, as airlines are obliged to do when there are heavy delays, €5 vouchers for refreshments. Yet all of the food outlets at the gates were closed. The only coffee counter that was open was besieged by a starving mob in a queue that snaked down the terminal. Ryanair’s food stamps were worthless.

Eventually, our flight was the last to leave Dublin Airport, taking off at 2am. Other flights scheduled from early evening were delayed until deep into the night, and were then suddenly cancelled until 5.45am. Passengers were left to fend for themselves with no accommodation.

The bulk of the cancellations were Ryanair’s. How can any airline, especially one that continually boasts about its supposedly improved service standards, be allowed to duck its responsibilities to its passengers like this?