After half a century, will we ever reach peak Primark? 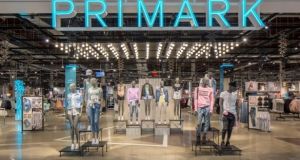 The Penneys/Primark group has embraced its customers’ view of shopping as a recreational event. But for how much longer can it eschew their shift to online?

In its trading update this week, Associated British Foods (ABF) revealed that its Dublin-headquartered fast-fashion cash cow, Penneys/Primark, is expected to increase sales in the first half of the year by 4 per cent.

So far, so Penneys. It has operated akin to a retail juggernaut for well over a decade now. Hearing about its growth prospects has become as routine as buying a dozen new work shirts for the price of a football jersey – you get so used to doing it, you don’t even stop anymore to think about how bizarre it really is.

Primark’s revenue growth, then, isn’t simply down to more activity – its shops selling more €8 zip-through hoodies or €7 shirts to more customers, with more to spend. Like a voracious empire, it must keep getting bigger to thrive.

It will open new stores in Hastings, East Sussex, Bluewater in Kent and Milton Keynes in Britain, it will reopen its Belfast branch, and also open in Bordeaux in France, Brussels in Belgium, Wuppertal in Germany and Utrecht in the Netherlands.

Emulating history’s greatest imperialist powers, Primark is also prepared to expand its empire on two fronts. As well as its expansion in the United States, it will also head east, with new stores planned in the Czech Republic, Poland and Slovenia.

Unlike many of its competitors, Primark has ignored the trend of migration of its core youth market towards online shopping, and has bet its future on the expansion of its physical store network.

But while it continues to shun all forms of e-commerce, just how far can Primark go, and how big can it get?

Further and bigger, it is probably safe to say, than its founder and chairman, Arthur Ryan, dreamed when he opened its first store on Dublin’s Mary Street 50 years ago.

The group has mushroomed from that first Penneys store to its current coterie of 364 outlets worldwide. The store is the group’s birthplace and its past. But as Primark limbers up for its 50th anniversary this summer, the Mary Street outlet also represents the group’s future.

Primark’s sprawling corporate headquarters, from where its expansion is conceived, is tacked on to the back of the Mary Street store. Together with the retail outlet, the campus takes up most of a Dublin city block.

Look closely at the Penneys store on Mary Street, and you can see the whole group’s strategy in action.

On a lunchtime visit during the week, the store was busy but not heaving. The mostly young, female customers spoke a cacophony of different languages in varied accents, illustrating the brand’s wide appeal beyond its home market.

Discount retailers have long since abandoned the stack ’em high model of years past. The Mary Street store is bright, airy and almost futuristic in its design. The modern Primark/Penneys wants its customers to linger.

The group knows, for example, that its youthful target market is addicted to coffee and has decided to open cafes in some of its larger outlets. A sign in the Dublin flagship says it will open a “Primarket Cafe . . . soon”.

To introduce the concept, Penneys has brought in a mobile coffee cart, an improvised van/stall selling lattes for €2.10 and espressos for €1.50. It sits just inside the front door. At the other end, there is a section of Fulfil nutrition bars.

How many €5 tees would you have to order to justify the cost of the postage and packaging?

Towards the back of the ground floor of the huge, three-storey outlet, a vast chunk of the retail space has been sacrificed for a nail bar and “beauty brow” studio where a clutch of beauty therapists were busy employing what appeared to be methods of medieval torture on the eyebrows of young women.

The group has embraced its customers’ view of shopping as a recreational event. But for how much longer can it eschew their shift to online? Its young, tech-savvy core market is increasingly used to buying everything on their mobile phone. Pure online competitors such as Asos are gaining traction. Primark this week reiterated, however, that it has “no current plans to trade online”.

The truth is that it is simply too cheap to go online. It isn’t economic for a traditional retailer operating at Primark’s basement price point to introduce home delivery online shopping. How many €5 tees would you have to order to justify the cost of the postage and packaging?

Until it finds a way to make the economics work, the closest Primark will ever likely get to online shopping may be click and collect, about which it has previously hinted its interest. But it has never committed.

In the meantime, its store network continues to grow as its physical footprint sprawls across the globe. Peak Primark must be a way off yet.

Industry sources are confident that Diageo will launch the cider in coming weeks. Goodbody stockbrokers has told its clients, who may be investors in the rival Bulmers owner C&C, that it could happen over St Patrick’s weekend.

That’s less than a fortnight before Britain is due to leave the European Union on March 29th, on trade terms of which we know nothing at this point. Rockshore is said to be planned as a nationwide launch, suggesting Diageo will need to have significant volumes of the new cider at hand, and ready for the weeks and months to follow.

C&C, which owns the largest cider manufacturing plant in the country at Clonmel, isn’t making the new cider for Diageo. So who is?

Unless Diageo has converted a beer line at St James’s Gate – and making beer and cider are two very different processes – then it stands to reason that Diageo is likely to be importing the cider into Ireland from the UK.

What happens if the British crash out of the EU without a deal? Could the tariffs and disruption that would follow stymie the supply of Rockshore just as it is attempting to build a place for itself in the hearts, minds, and bellies of Irish drinkers?

Perhaps Diageo is just supremely confident that the British and EU will strike a deal following last minute talks. If so, they’re more confident than those doing the talking.

Mercroft Taverns, the company that owns the well-known Market Bar in Dublin, appears to have been placed in interim examinership this week by the High Court, according to court filings.

The pub is most closely associated with the late impresario, John Reynolds, who passed away last October. He had previously been in dispute with Launceston over debts secured on the pub a year ago.