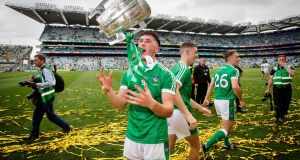 Bumper sales of Limerick GAA jerseys were not enough to prevent a slip in pre-tax profits to €4.98 million at Lifestyle Sports last year.

New accounts filed by Lifestyle Sports (Ireland) Ltd show that the business recorded the 1 per cent drop in pre-tax from €5 million to €4.98 million as revenues increased by 4 per cent from €103 million to €107.5 million in the 12 months to the end of September last.

Increased sales of Limerick jerseys as a result of the county’s All-Ireland success last summer contributed to the increase in revenues.

The retail group operates 54 stores in the North and South and the figures for Lifestyle Sports (Ireland) Ltd relate only to the firm’s Republic business where 50 stores are located.

The pre-tax profit last year takes account of €203,485 in store closure and restructuring costs and this follows costs of €1 million under the same heading in 2017.

The directors state that the firm’s earnings before interest, tax, depreciation and amortisation and one-off exceptional items totalled €9.27 million compared with €10.23 million the previous year.

The Lifestyle retail business is owned and operated by the Wicklow-based Stafford family owned group and the Lifestyle arm is facing increased competition here as UK firm Sports Direct continues with its major expansion plans for Ireland.

Separate accounts for Stafford Holdings show that the owners received a cash dividend of €4.2 million during the year. The principle activity of the holding firm is sports retailing and management services and its revenues North and South last year totalled €114 million.

The profit at the Lifestyle company last year takes account of non-cash depreciation costs of €2.6 million, amortisation costs of €1.34 million while operating lease costs increased from €9.6 million to €10.9 million.