Levi Strauss aims to raise as much as $587m in IPO

Company share price gives it a market value of $6.17bn as it returns to markets 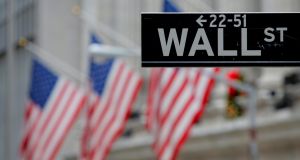 Jeans-maker Levi Strauss & Co said on Monday it expects to raise as much as $587 million through its initial public offering (IPO), which marks its return to public markets after more than three decades.

The company expects to offer 36.7 million shares priced between $14 and $16, giving it a market value of about $6.17 billion, at the higher end of the range.

Levi’s, one of the world’s biggest denim brands and the inventor of blue jeans, faces rapid changes in consumer tastes as people shop for cheaper brands and athleisure apparel.

With its IPO filing the company joins a list of high-profile companies seeking to go public this year, including ride-hailing companies Uber Technologies and Lyft, photo-posting app Pinterest and home-renting company Airbnb.

The 145-year-old Levi Strauss intends to list as “LEVI” on the New York Stock Exchange, it said in a filing.

1 Bank leaked my loan request to family who tried to rip me off
2 Coronavirus: Irish holding back on holiday plans
3 Solar panels: Are they worth the investment?
4 Can I see my father’s previous wills?
5 Eason acquires rival Dubray Books for undisclosed sum
6 Appeals board refuses planning for 146 Clonmel homes in ‘fast track’ case
7 Ryanair and Aer Lingus monitor impact of coronavirus on travel to Italy
8 New Irish commercial property website goes live
9 Fuel company loses €1.35m challenge over tax bill in ‘green diesel’ case
10 What is at stake for Ireland in the new Brexit talks?
Real news has value SUBSCRIBE