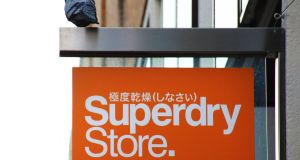 Superdry has launched an assault on the fashion chain’s co-founder, Julian Dunkerton, branding his attempt to return to the company “extremely damaging”.

The retailer said on Monday that a shareholder meeting to decide whether to reinstall Mr Dunkerton on the board will take place on April 2nd, and recommended that investors vote against his return.

Superdry’s current management, led by chief executive Euan Sutherland, have been involved in a months-long dispute with Mr Dunkerton, who has condemned their strategy as “misguided”.

Earlier this month, he officially demanded a shareholder meeting as part of his efforts to stage a comeback, having left the board 12 months ago.

But Superdry has now hit back, saying in a stock market update: “The board unanimously believes that Mr Dunkerton’s return to the company, in any capacity, would be extremely damaging to the company and its prospects.”

It added that Mr Dunkerton’s strategy would “fail”, be “divisive” and reintroduce a leadership style that does not fit within the “open-minded collaborative culture, values and operation of the company”.

It added that any reappointment would lead to “dysfunctional relationships” with the board and management and damage morale across the business, as well as result in departures of key personnel.

The retailer has posted a string of disappointing results, including a December profit warning, which Mr Dunkerton believes is evidence that Mr Sutherland is “failing dismally”.

However, Superdry said that while still on the board, Mr Dunkerton helped oversee the autumn/winter 2018 range, which subsequently flopped.

The firm added that there is strong institutional shareholder support for current strategy and management and “no support for Mr Dunkerton’s return”.

Mr Dunkerton is acting with co-founder James Holder. Together the pair own 29 per cent of Superdry and also want Peter Williams, who chairs fashion chain Boohoo, to be made a director.