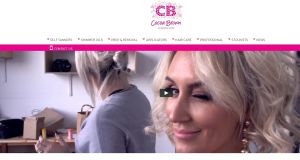 Marissa Carter’s Cocoa Brown range is among the products distributed by Sundrelle.

Four directors at the Meath company that distributes beauty brands including Marissa Carter’s Cocoa Brown and products sold by blogger Suzanne Jackson shared pay of €3.66 million in 2018. The pay, up 67 per cent on the previous year, came as sales at Ashbourne-based Sundrelle rose by 8 per cent to €31.2 million.

Fran O’Gorman’s Sundrelle is one of the State’s largest pharmacy wholesale distributors, and has exclusive contracts to distribute Cocoa Brown and Jackson’s products.

The company’s latest accounts show Sundrelle recorded pretax profits of €1.4 million in 2018. This was down 54 per cent on the previous year, with the drop mostly attributable to the increased directors’ pay.

Along with Mr O’Gorman, Elizabeth O’Gorman, Donal O’Gorman and Thomas Nolan all served on the Sundrelle board in 2018.

The accounts show Sundrelle bought goods worth €8.3 million during the year from San Fran Ltd, which is in turn co-owned by Fran O’Gorman and SoSueMe blogger Jackson. The €8.3 million marked a 74 per cent increase on 2017.

Sundrelle’s balance sheet was strong at the end of 2018, with accumulated profits of €25.72 million. The company’s cash pile increased from €15.4 million to €17.56 million during the year.