Are value stocks about to come back from the dead? 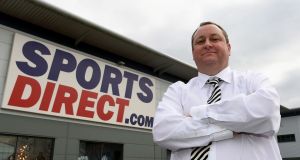 The last decade has been lousy for value stocks. The easiest way to make money has been to bet on momentum – to buy rising stocks and sell losing stocks.

However, the momentum factor is prone to occasionally savage reversals, and last week was one such instance. There was a “nearly unprecedented collapse” for stocks with high price momentum relative to value stocks, notes Bespoke Investment.

Improved economic sentiment and the uptick in bond yields saw a stampede out of momentum names and into cheaper cyclical stocks. Investors have long taken the view that cheap stocks are cheap for a reason, while momentum stocks in the technology sector have been viewed as immune to economic weakness.

But that trade had gotten crowded; Nomura noted last month momentum was enjoying one of its best-ever performances, setting the scene for a violent unwinding. Some see last week’s reversal as a temporary correction, an unwinding of excess, but influential JPMorgan quant Marko Kolanovic reckons the trend is changing.

In July, he noted the ongoing underperformance of value stocks relative to other market factors was even greater than that seen during the 1990s dotcom bubble. This “unprecedented divergence”, he said, represented a “once-in-a-decade opportunity”.

Last week might well represent another false dawn for value stocks, but if Kolanovic is right, a more profound market shift may be at hand.

Shareholders have much to be upset about, even if the vote made no difference (Ashley owns 62 per cent of the company). Shares have lost two-thirds of their value over the last four years, and investors could be forgiven for questioning the firm’s bombastic founder.

In July, the company’s annual results were delayed by two weeks. When they were finally published, stunned investors learned Belgian authorities were pursuing the company over a €674 million tax bill. It lost its auditor, Grant Thornton, and has yet to find a replacement.

Ashley admits to being a “dinosaur” who is a “bricks man” not a “clicks man”. Undeterred by the online threat, he continues to buy up numerous struggling high street retailers.

They include House of Fraser – a bad idea, with Ashley admitting recently it had problems that are “nothing short of terminal”. Ashley denies rumours he is interested in taking the company private, saying recently he would be “uncontrollable” without external shareholders.

However, he’s never given the impression he listens to them anyway, protesting last year that “true entrepreneurs will never be accepted in the public arena” and that he had been “stabbed in the back” by critical shareholders.

With Ashley still at the helm, corporate governance concerns are unlikely to die away any time soon.

Fed ‘boneheads’ about to cut rates

The ECB last week cut rates for the first time since March 2016. The US Federal Reserve will soon follow suit, with markets expecting a quarter-point cut to be announced on Wednesday evening.

That won’t mollify Donald Trump, who has called on the “boneheads” at the Fed to get US rates “down to ZERO, or less”, but the Fed is hardly going to accede to that demand. Fed chief Jerome Powell characterised July’s rate cut as a “mid-cycle adjustment” as opposed to the start of a rate-cutting cycle and, while the odds of a half-point cut briefly spiked during August’s market scare, things have since calmed down.

In any event, rate cuts are not a panacea for trade policy uncertainty, which “has recently shot up to levels not seen since the 1970s”, a recent Fed report noted. The source of that uncertainty is boneheaded policy emanating from the White House – not from the Fed.

Hurricane Dorian caused devastation in the Bahamas and the US. It might also end up hurting some investors. According to a recent study, Do Fund Managers Misestimate Climatic Disaster Risk?, managers based in disaster regions overreact to tragedies and reduce disaster-zone stocks to a much greater degree than managers based in unaffected locations.

This isn’t because they have superior local information; in fact, they end up reducing stakes in companies whose businesses are barely impacted by the disaster. Rather, it’s because of a “salience bias” – the tendency to focus on easily recalled, emotionally impactful events. This under-weighting of disaster-zone companies remains strong up to a year after the disaster.

The authors find you can profit by investing in companies that experience the sharpest reductions in weights by the affected fund managers. It might seem a little heartless to focus on investing opportunities at a time of tragedy, but, as Warren Buffett often quips, it pays to be greedy when others are fearful.