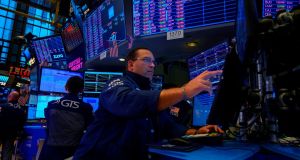 August lived up to its reputation as a tricky month for stocks. Will things be less stressful in September? No, if history is any guide. September has historically been the worst month for stocks. Research suggests the so-called September effect has been a feature in both the US and the UK for some 200 years. September weakness appears to be a global phenomenon, with one paper finding it to be evident in 16 of 18 countries. Still, this is hardly cause for panic; no one has ever offered a satisfactory explanation for what’s likely to be a mere statistical fluke. Still, seasonal considerations aside, it would hardly be surprising if this were to prove another volatile month. Current market concerns – the US-China trade war, political uncertainty in the US and Britain, global economic weakness, plummeting bond yields around the world – are unlikely to die away any time soon. Ordinary investors are increasingly concerned, says DataTrek Research, which notes that Google searches for ‘Dow Jones’ were recently 28 per cent higher than during the peak seen during May’s market pullback.

That’s “troubling”, as market volatility and increased recession chatter may cause the US consumer to grow more cautious heading into the holiday season. DataTrek is also concerned by the “tenuous” health of the European banking system, as evidenced by “horrible” price action – the Euro Stoxx Bank Index “sits not just at post-financial crisis lows, but those going all the way back to December 1987”. DataTrek’s investor message is simple: “expect more volatility in September/October”. Corporate insiders keep selling

Corporate insiders aren’t using the recent weakness to add to their holdings. In fact, they’re busy selling, according to TrimTabs data. Company insiders sold an average of $600 million of stock per day in August, making it the fifth month this year which will have seen insider selling of more than $10 billion – the first time that has happened since 2006 and 2007.

That period was followed by a terrible bear market, with stocks peaking in the latter stages of 2007, although there are various reasons why too much heed should not be paid to insider activity.

First, directors may sell stock for any number of reasons – to fund a house purchase, pay a tax bill, to diversify into other investments, amongst others. Second, while stocks have been weak lately, the S&P 500 is nevertheless up more than15 per cent in 2019, so insiders could be forgiven for some profit-taking. Still, the data is hardly reassuring. The scale of the selling – unseen since the bull market began a decade ago – is notable. And insiders have traditionally been less inclined to sell in times of market weakness.

Markets have endured a tough time in August, but insiders’ selling activity suggests they think things may get worse before they get better. Short-sellers “should be knighted, not spited”

Short sellers aren’t a popular bunch. Shorts make money from falling stock prices, something many critics find to be disagreeable. The critics should think again, however – according to a new study, short sellers are informed investors who make markets more efficient. The study, Best Short, finds high-conviction short bets – large positions relative to the size of a manager’s portfolio – greatly outperform short-conviction bets. In other words, when a hedge fund bets big against a particular stock, there’s a fair chance they have a good reason for doing so.

The researchers point to Carillion, the British construction giant which collapsed in January 2018, noting short bets against the company started increasing as early as March 2015.

They also note that Europe is unlike the US in that shorts are obliged to publicly disclose short positions once they reach a certain size. That effectively works as a constraint upon short-selling activity – many funds ensure their short positions don’t cross the regulatory threshold. Commenting on the study and on the European regulations, Albert Bridge Capital founder Drew Dickson tweets that this ultimately results in distorted pricing in Europe. “Most short sellers should be knighted”, says Dickson, “not spited”. ‘Virtually impossible’ to day trade for a living

Wannabe day traders fantasising about making big bucks from the comfort of their own home shouldn’t give up the day job. That’s according to a new study examining the trading records of almost 20,000 people who began day trading the Brazilian futures market between 2013 and 2015. Almost all gave up, with only 1,151 traders persisting for at least 300 days.

And they must have wished they didn’t – 97 per cent of those who continued trading lost money; only 17 people, or 1.1 per cent, earned more than the Brazilian minimum wage; and only eight traders (0.4 per cent) earned more than a bank teller.

Contrary to claims made by those in the business of selling expensive day trading courses, it is, the study concludes, “virtually impossible for an individual to day trade for a living”.

1 How can I view my dead brother’s will if I’m not the executor?
2 Investors pile into property as turnover in build-to-rent sector reaches €2.54bn
3 Germany drops opposition to fiscal boost in event of downturns
4 Kerry’s Chinese sales set for 30% hit from coronavirus
5 Glencore to shake up its top tier with younger leaders
6 Provisional liquidator appointed to Dublin engineering firm
7 Travel costs for IDA chief topped €45,137 last year
8 Bursting of Tesla bubble a case of ‘not if, but when’
9 Mount Charles wins €10m catering contract at Maynooth University
10 Bank of Ireland staff in line for 2.95% pay increase
Real news has value SUBSCRIBE
Save money on international transfers