No new Dublin office for Google, Ireland officially in recession, and 1.4m homes needed by 2050 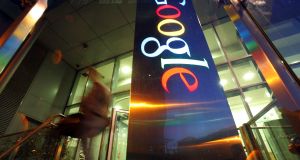 Google did not say why it had decided against leasing a new office in Dublin’s docklands. File photograph: Paul McErlane/Bloomberg via Getty Images

Google has walked away from a plan to rent office space in Dublin’s docklands for 2,000 workers, shelving one of the city’s biggest property deals in recent years. Its decision not to proceed with the leasing at the Sorting Office development will be keenly watched as investors weigh the impact of coronavirus on the city.

It’s official: Ireland is in recession once again, as figures published yesterday by the Central Statistics Office show the country’s economic activity slipped into the red for the second quarter in a row. Eoin Burke-Kennedy reports, while Cantillon analyses the CSO figures, recent retail statistics, and the fate of the Irish hotels sector.

Permanent TSB is making refunds of legal costs, averaging €2,400, to almost 400 borrowers who had been in arrears in the past, following a review of legacy cases. Joe Brennan has the details, plus news that the lender’s director of operations Shane O’Sullivan, the internal runner-up in the bank’s recent search for a new chief executive, has announced he is leaving the company.

An additional 1.4 million homes need to be built in the State over the next 30 years – equivalent to 49,000 units a year – to cope with the likely increase in population, economist Ronan Lyons has told the annual conference of the Dublin Economics Workshop. Eoin Burke-Kennedy has more.

In personal finance, Joanne Hunt has everything you need to know about your winter bills while working from home - how they might increase, tips for better energy usage, and what you might be able to claim back in tax relief (warning: it’s not very much). Dominic Coyle answers a question from a reader left confused and out of pocket due to cancelled and rescheduled flights in recent months.

And in her Media & Marketing column this week, Laura Slattery discusses the Dettol ad that went viral in the UK for all the wrong reasons.

1 Irish tech company Asavie acquired by Nasdaq-listed Akamai
2 PTSB plays down Ulster Bank talk as it sells €1.4bn of loans
3 Am I crazy to consider switching to an Ulster Bank mortgage?
4 Asian shares slip as surging Covid cases weigh on global economy
5 How much state pension will I get next year?
6 Up or down – how much is your Local Property Tax this year?
7 Brexit to curb services trade with UK, accountants group warns
8 Tesco takes to the skies with home delivery by drone
9 Insurers to continue forbearance for customers hit by Covid
10 CRH sells Brazilian cement business for $218m
Real news has value SUBSCRIBE