Ireland’s GDP numbers: too good to be true 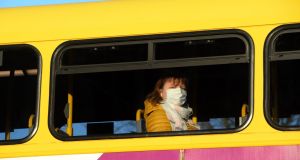 We are now officially in recession, according to the CSO. Photograph: Dara Mac Dónaill

Ireland’s economy fared much better than the rest of Europe during the Covid-19 crisis, with economic activity contracting by just 6.1 per cent in the second quarter compared to a euro area average of 12 per cent, despite a more severe lockdown.

No wait, that’s wrong, it fared much worse. Modified domestic demand, an alternative measure of economic activity which weeds out the statistical noise from multinationals, suggests we suffered a 16.4 per cent hit.

That’s worse than most other countries in the EU, and almost on a par with Spain, which suffered an 18 per cent decline in gross domestic product (GDP), the worst in the euro zone.

Welcome to the Irish national accounts, where every story has a caveat or countervailing narrative; and where the headline economic data bears little resemblance to life on the ground.

This is not the Central Statistic Office’s (CSO) fault. The agency only collates the data in accordance with international norms. Ireland represents a new globalised world, a new phase of global capitalism, where companies can be as big and as wealthy as whole countries. When these financial giants shift their assets around it creates waves, and relatively big waves through the accounts of small economies like Ireland.

The CSO said the impact of Covid-19 on overall economic activity in the second quarter was partly offset by an increase of €37.8 billion in net exports of goods and services, largely driven by a fall in Intellectual Property Product imports. That’s a complicated way of saying multinational subsidiaries here paid less royalties to their parent entities than they might have normally, flattering our GDP numbers in the process.

The other take-away from Monday’s numbers was that we are now officially in recession. The term is bandied about freely, but a recession is defined as two consecutive quarters of negative economic growth. The CSO revised down its initial estimate for growth in the first quarter, which had been positive, to -2.1 per cent, meaning we’ve had two quarters of contraction.