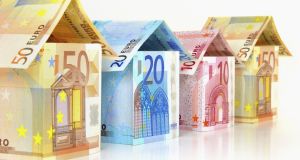 Stepstone was among a number of subprime lenders that entered the Irish market near the peak of the property bubble, before retrenching in the wake of the crash.

Stepstone Mortgages, the boom-time Irish subprime mortgage lender that stopped writing business in 2008, has officially gone into liquidation after selling its loans and making large payments to trustees managing the wind-up of its failed main backer, Lehman Brothers.

Stepstone Mortgages Funding, set up in 2006 as a joint venture between Lehman Brothers and a precursor to KBC Bank Ireland, entered voluntary liquidation late last month. Peter Doherty of BDO Ireland has been assigned to wind it up, according to filings with the Companies Registration Office.

The company sold its remaining mortgage portfolio at a deep discount to US distressed debt investment firm Cerberus in 2018. Stepstone’s financial accounts for 2017 showed it had written down the value of the mortgage book to €53.6 million from its nominal value of about €120 million, reflecting the level of problems in the portfolio.

Stepstone’s directors had handed over almost €56 million owed to the estate of Lehman Brothers between March 2018 and March 2019, according to its latest set of accounts. Lehman Brothers itself entered liquidation in 2008 after succumbing to the biggest bankruptcy in US history.

Stepstone was among several subprime lenders that entered the Irish market near the peak of the property bubble, before retrenching in the wake of the crash.

Stepstone’s 2018 report showed that the company’s directors and Lehman Brothers received an approach from an unnamed third party that had indicated an interest in acquiring the shares of the company.

“This approach resulted in due diligences being carried out in advance of a possible offer. However, the third party withdrew their interest after the balance sheet date,” it said, referring to the end of its financial year to December 2018. The company highlighted at the time that it was considering entering liquidation.

The company had also played a minor role in the State’s tracker-mortgage scandal, with its refunds and compensation costs estimated at €770,000 between 2018 and 2019.