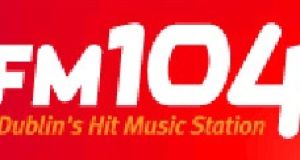 Earnings at the Rupert Murdoch-owned Wireless Group, which owns a number of local radio stations in the Republic, including FM104 in Dublin and Limerick’s Live95 FM, last year totalled €3.49m.

In their report, the company’s directors say that 734,000 people tune into the business’s stations on a daily basis.

“Market share has declined slightly year on year across our station network but weekly reach has improved to 23.7 per cent since last year,” they said.

“We continue to command a premium based on the desirability of our key urban based audience.”

The directors said that FM104 maintained the largest market share of any local station. “Elsewhere in our station network, we recorded impressive results with Cork’s 96FM/C103, Limerick’s Live 95FM and LMFM all delivering market leading performances in their respective areas,” the directors said.

Earnings before interest tax depreciation and amortisation (Ebidta) at the group came to €3.4 million compared to €4.2 million for the prior 18 month period.

Numbers employed by the stations in the 12 months to July 1st last slipped from 259 to 240 and staff costs last year came to €11.25 million.

Directors received remuneration of €1.1 million and €182,000 was also paid to past directors in respect of compensation for loss of office or other termination benefits.

A note attached to the accounts puts a carrying value of the group’s radio licences of €39.75 million on July 1st last.