RTÉ station plans to ‘evolve’ ahead of its 40th birthday, but will younger listeners respond? 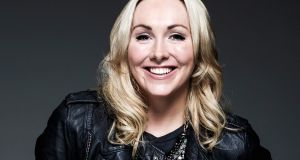 2fm’s Tracy Clifford: Recruited from youth station Spin 1038 in 2015, she is now a stalwart of the weekday schedule.

What’s going on at 2fm? The station first went on air as RTÉ Radio 2 this month in 1979. It turns 40 on May 31st. Turning 40 is, they say, an occasion for extended soul-searching and an often panicky re-evaluation of the purpose of your existence. Has 2fm got the wobbles? Or has it found the right path to, as it says itself, “evolve” at a time of incredible industry flux?

Next month, 2fm will tear up its schedule again. Radio stations don’t typically embark on a path of constant reinvention unless there’s a problem. The old adage is that consistency and familiarity wins the day and – so much as anyone is – the advertising revenues.

Nor is this about a new boss putting their stamp on things: the line-up is being dismantled by the man who put it together, Dan Healy, and who has headed 2fm since 2013. So why is it happening now?

As far as the headline numbers go, there has been no recent collapse in listenership. Thanks in large part to good decisions on music policy, 2fm has a more coherent identity than it has enjoyed in years, while its national market share of 7 per cent is not the lowest it has ever been – though like rival Today FM it is much weaker than this in Dublin.

On one level, the catalyst is a straightforward personnel issue. Mid-morning co-presenter Nicky Byrne quit the station for the Westlife reunion tour, which has had a domino effect on the schedule.

From June, 2fm will begin its day at 6am with a new “high-energy” breakfast show, presented by current drivetime host Eoghan McDermott and new hire Doireann Garrihy. The wooing of Garrihy is notable because she is a youthful 26 with a sizeable Instagram following: her mission is to bring in listeners who are even younger than her.

From 9am to noon, erstwhile breakfast co-presenter Jennifer Zamparelli will host a solo show, having been tapped to inherit the slot Byrne shared with Jenny Greene. Over time, the ascendant Zamparelli will talk more and play less music, the idea being to have on-air callers on topics derived from both the news and “the real issues” people talk about, such as body image and relationships.

She will be followed by the under-the-radar Tracy Clifford from noon to 3pm: Clifford, having joined 2fm from Spin 1038 in 2015, is now a 2fm stalwart, her current listenership being the highest it has ever been.

Then it’s a return for Greene. She is back on 2fm after briefly leaving in March “with a heavy heart” when it looked like Byrne’s departure meant she was going to be relegated back to evenings. Indeed, given her DJ collaborations with the RTÉ Concert Orchestra at festivals and large music venues are the stuff that marketers and RTÉ top brass both love, it never made sense to let her shimmy out the door.

The upshot is that the new line-up is unprecedented for an Irish national radio station: four of the five presenters on weekday peak-time are women. This is quite the turnaround: at one point in 2012, 2fm had no female DJs whatsoever between Monday and Thursday. At the same time, it would be weird to make a fuss, given that gender balance is so stubbornly the reverse elsewhere in the media.

What happens to other parts of the 2fm schedule has yet to be confirmed, but Healy has hinted that it may, like Zamparelli’s show, be more speech-focused, drawing on the pool of existing Irish podcast talent and ideally fostering that pool. RTÉ is planning for a world of “parallel audio”, not merely radio, says Healy, describing it as “a clear audience strategy for those people who don’t listen to FM, but love listening to audio”.

Awkwardly, the group that doesn’t listen to FM radio overlaps strongly with the younger demographic that it is 2fm’s remit to target and serve.

Back in 2016, the 2fm boss worried that its figures were subdued because there was “some sort of critical mass” on podcast listenership among younger audiences. Last week, he was enthusing about a podcast that had him laughing all the way home and lamenting that there wasn’t, right now, “a place for that on FM”.

At other times, it should be noted, Healy and the rest of the industry have been keen to correct the highly inaccurate impression that everybody just listens to podcasts now, and the almost-as-wrong idea that Spotify rules the world.

There are almost 1 million 15 to 34-year-olds listening to radio on an average day. However, a quarter of this age group (24 per cent) now say they don’t listen daily, and many stations are struggling to recruit listeners in the tighter, younger 15 to 24 age band in particular. When teenagers do listen to radio, it is for shorter periods, while a growing number, especially in Dublin, appear to be eschewing the habit completely.

As a result, 2fm is spending its birthday year warming up for a fresh fight to stay relevant with Generation Z amid a sea of media competition – chunks of which seethe at its publicly-funded existence.

Healy characterises 2fm as part of the public service counterpoint to the billionaires of Irish radio (Denis O’Brien and Rupert Murdoch), as well as an indigenous bulwark against overseas companies such as Mediahuis, the Belgian bidders for Independent News & Media, that might fancy a crack at the Irish radio market.

Whether listeners are supportive of this stance or not, there is clearly more at stake in 2fm’s next decade than which presenters get which slots.