Vodafone, Liberty Global in talks over swap of European assets

Negotiations are preliminary but likely to involve the two companies’ holdings in the UK, Germany 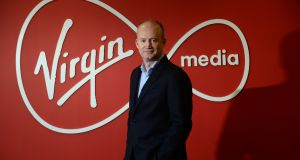 Vodafone, one of the world’s largest mobile operators, and John Malone’s Liberty Global are in talks about swapping parts of their telecoms and cable empires in Europe.

The negotiations are understood to be preliminary, according to people informed on the talks, but are likely to involve the two companies’ holdings in the UK, Germany and other parts of Europe. Both companies declined to comment.

Liberty Global’s New York-listed shares were up more than 3 per cent on the news.

Vittorio Colao, chief executive of Vodafone, has repeatedly talked up the prospects of a combination between the two groups, saying last year that two companies represented the only “serious” challenges to incumbent telecom operators like Deutsche Telekom and BT Group.

Vodafone owns wireless networks throughout Europe, including in the UK, Ireland, Italy and Germany.

Liberty, the US-based cable giant, owns Virgin Media cable group in the UK and Ireland, and UPC, a pan-European cable company, which has a large presence in key markets such as Germany.

Vodafone and Liberty Global held talks about an asset swap in 2015 that were meant to pre-empt a full merger of the two businesses, but the negotiations failed. Subsequently, the two returned to the table and agreed a deal to combine their Dutch mobile and cable businesses.

Among the hurdles in 2015 were valuation, given that Liberty trades at a higher earnings multiple than Vodafone. Liberty also carries much higher debt than Vodafone, while there were regulatory risks given the overlap in the businesses in countries such as the UK and Germany

Since then, the two companies have been cleaning up their holdings in moves that sparked analysts to believe that they were ultimately moving closer to a future combination.