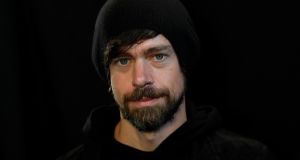 Over the weekend, however, nascent stake-building in the publicly quoted Twitter by controversial hedge fund Elliott Management prompted low-key dismay on the social media platform. This was then followed by a surge in Twitter’s share price on Monday.

Although Twitter skimmers might have inaccurately inferred from some tweets that Elliott had already taken over the joint, rather than merely joining the ranks of its top 10 shareholders, its interest is indeed expected to have consequences.

Elliott’s founder, the deeply private billionaire Paul Singer, is a major donor to the US Republican party, a converted Donald Trump supporter and a prolific “activist” investor who is much feared in multiple boardrooms around the world.

His modus operandi is to push for management changes in targets thought to be underperforming and give them new headaches as his lieutenants set about rearranging the furniture. So, in the first instance, it’s all looking like unwelcome news for @Jack.

Twitter chief executive and co-founder Jack Dorsey is a beanie-addicted lover of intermittent fasts, awkward media interviews and expensively accessorised meditation, which he somehow manages to squeeze in between not one but two CEO jobs – he’s also the boss of mobile payments company Square, to which most of his wealth is tied.

Critics unconnected to Elliott note that Twitter, for Dorsey, is more side-hustle than hustle, and that the Twitter board has been remiss in overlooking this for some time.

He has other detractors, who ironically will miss him when he’s gone. One of the odd phenomena that Twitter avoiders and escapees have spared themselves in recent years is the tendency of users to reflexively and repeatedly message this member of the Silicon Valley elite about the things he and Twitter are perceived to have done wrong, almost as if he doesn’t have all of his notifications turned off.

Ordinary tweeters can express bewilderment at Dorsey’s inability to curb abuse on Twitter all they like, of course, but in the end it is another class of individual that will likely do it for him: powerful shareholders annoyed by Twitter’s failure to keep pace with the share price growth enjoyed by tech standouts like Facebook.

Business newswire Bloomberg, which first revealed Elliott’s stake of more than $1 billion in Twitter (or about a 4 per cent stake), also reports that Elliott has nominated four directors to the board of Twitter, despite only three spots coming up for re-election at the 2020 annual meeting. Could it be adding Dorsey’s seat on the board into the mix? This would be, as they say, some move.

Elliott Management’s apparent concerns about Dorsey and his leadership do not sound too wild. Twitter should have a full-time chief executive, not one who skips out to another company in the afternoons, and tweets that he plans to live in Africa for three to six months this year. It should be more agile on product development and it should be maximising its recent growth in users and advertising revenues as big news events like the US presidential election approach.

And yet the hedge fund’s arrival on the scene leaves an unpleasant taste for many. That’s because Elliott, which manages about $40 billion in assets, has a bit of history.

Although its main struggles these days appear to be with Japanese conglomerate SoftBank (of WeWork investment notoriety), its most notable clash has been with Argentina. After buying its distressed bonds on the cheap, it then ruthlessly pursued the country through the courts for more than a decade after it then defaulted on its sovereign debt. The Argentinians were unimpressed by its actions, with former president Cristina Fernández de Kirchner labelling Singer “the vulture lord”, among other colourful epithets.

Less remarked upon is the fact that for almost two years now Elliott Management has been the majority owner of Waterstones, meaning Hilary Mantel fans who pop into the book chain (or its Dublin shop Hodges Figgis) later this week to buy The Mirror and The Light, her latest novel on shrewd and formidable adversary Thomas Cromwell, will effectively be doing business with Paul Singer, known on Wall Street as a shrewd and formidable adversary.

The latter has yet to be flattered by Booker-winning literature, but he has certainly cropped up in a proliferating number of tweets since Friday, with a proportion of the responses including pledges to leave Twitter should Singer’s Elliott Management try to recreate the platform in its own image.

It would be a stretch to characterise this as the battle for Twitter’s soul, but the underlying worry that Twitter will fall under this new influence is rational. The man who once funded the “Never Trump” tribe within the Republican establishment has since diverted his money into helping the White House incumbent get re-elected. That’s the same White House incumbent who believes social media companies removing extremist content amounts to “treating conservatives very unfairly”.

So while queasiness triggered by news of Elliott’s “activism” has so far been drowned out by the tide of coronavirus tweets, it will likely yet resurface. Skirmish-friendly Twitter is taking its tensions out of its app and into the boardroom. Read all about it . . . on Twitter.