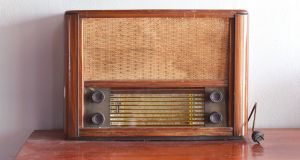 A total of 17 submissions have been made to the broadcast regulator following its call for expressions of interest in possible new radio licences.

The Broadcasting Authority of Ireland (BAI) said it had received 13 submissions from parties interested in providing new services on the FM band, while four of the submissions were “observations on the process”.

The deadline for submissions passed on Thursday.

A spokesman for the BAI said the submissions would “form part of the research” for the imminent revision of its broadcasting services strategy.

It is not certain that additional radio licences will be issued, but the regulator’s notice in June that it was “open to suggestions” on new services surprised some in the sector who believe the Irish commercial radio market is already overcrowded.

Denis O’Brien’s Communicorp group, which owns Today FM and Newstalk, criticised the BAI for the move in June and called on the regulator to undertake an immediate economic evaluation of a radio sector that it said was “in crisis” and facing “unprecedented pressure on its commercial revenues”.

Both Communicorp and the News Corp-owned Wireless Group have cut costs at their Irish stations in recent months.

Communicorp was part of the consortium behind TXFM, previously known as Phantom, which closed down last October at the expiry of its licence after saying it was unable to make the station commercially viable. No group applied to take up the licence at that point.

Radio Nova, which broadcasts rock music in Dublin and the commuter belt, is among the groups to make a submission to the regulator this time.

Its chief executive Kevin Branigan is seeking an extension of Nova’s licence area to Cork, Limerick, Waterford, Galway and Kilkenny, as well as the midlands and the northeast.

Mr Branigan said that if no new licences were issued there would be fewer stations per capita than in 2005, “just at a time when radio needs to innovate and bring more diverse choice to fight against other media such as digital”.

The investors behind Country FM, which made an unsuccessful bid for Dublin station Sunshine 106.8 FM’s place on the dial in 2014, are also understood to have responded to the BAI’s call.

8Radio.com already broadcasts online, via smartphone apps and the TuneIn radio service, and has in the past received temporary FM licences for Dublin, Cork, Limerick and Galway.

8Radio said the BAI system of regulation of focused to date on either large commercial operators or very small community operations with very little consideration of the “middle ground”.

8Radio acknowledges that the nature of radio is “changing rapidly” for younger listeners, making it difficult to definitively predict future audience size.

“Even in the last five years, the traditional revenue and operational models within Irish radio have changed and will continue by necessity to do so.”

1 The wealth of the Irish – how do your assets match up?
2 Irish company to test vaccines on volunteers deliberately infected with Covid-19
3 KBC Ireland fined €18.3m for ‘unconscionable’ tracker scandal role
4 Dunnes Stores set to enter grocery delivery market
5 Will Facebook walk away from European market after data protection 'hissy fit'?
6 Irish Fairy Door Company moves to licensing model
7 How to upgrade your home entertainment system for less
8 Eir takes on extra staff as ComReg chases it on complaints
9 Air travel never going ‘back to way it was’
10 Should I switch bank now with Ulster Bank at risk of closing?
Real news has value SUBSCRIBE