Pearson to axe 3,000 jobs after slump at main US business

Cuts will save world’s largest education company €330m a year 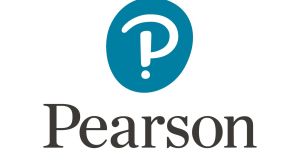 Pearson is to cut 3,000 jobs as the embattled company looks to slash costs after a slump at its US higher education business. The world’s largest education company, which has issued five profit warnings in the last four years, intends to cut about 10 per cent of its 32,000 global workforce by the end of 2019.

The latest round of cuts means that chief executive John Fallon will have shed 10,000 staff, about 25 per cent of Pearson’s global workforce, since he took over from Dame Marjorie Scardino in 2013 .

“No one takes pleasure in this sort of transformation we have to do, but it is fundamental to the long-term future of the company,” said Mr Fallon. “I am looking forward to getting the revenue growth of the company going again.”

The cuts, which will save the firm about £300 million (€333m) annually, will come from across the company, with a major focus on its struggling US business where its higher education unit is struggling with a decline in textbook sales and the transition towards digital learning.

“In North America we need to adjust the cost base to the reality of a smaller higher education courseware business,” said Coram Williams, Pearson’s finance chief.

Jobs are expected to go in areas including IT, finance, human resources and company management as the business looks to become leaner and more digitally-focused.

Mr Fallon has just attended a company sales event at its US business, which accounts for two-thirds of Pearson’s revenues and profits, and he said the “mood and morale was very strong, buoyant”.

“People are confident about the year ahead. They understand the challenges in the business over the next two or three years, but are also excited by the opportunity. There is plenty of time to plan and prepare.”

Pearson, which conducts most of its business in the second half of the year, reported first-half revenues up 1 per cent to £2.05 billion (€2.28bn) and reiterated that it would hit its revised targets for 2017. – Guardian News and Media 2017