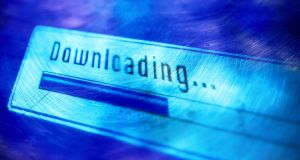 What’s the gist of it?

If you are using a multimedia box to stream content, the recent court ruling that Ireland’s internet service providers (ISPs) have to block three of the most popular sites from their services may have put a dent in your day.

According to the members of the Motion Picture Association, which brought the case - Twentieth Century Fox, Warner Bros Entertainment, Paramount Pictures, Disney Enterprises, Universal Studios, Sony Pictures Television and Columbia Pictures - there are as many as 1.3 million people accessing copyrighted content here without paying for it, either through downloading or streaming.

That is costing jobs and investment in independent films too, the Motion Picture Association members argued, and they wanted Irish internet service providers to block access to sites they considered responsible for the majority of the content.

There were more than three million visits to the three sites - movie4k.to, primewire.ag and onwatchseries.to - from the Republic of Ireland in October last year, indicating there are plenty of users out there.

The ISPs, for their part, opted to take a neutral stance. The order was therefore granted, and nine internet providers in Ireland will now prevent access to movie4k.to, primewire.ag and onwatchseries.to.

Why is streaming so popular?

The growth in the popularity of streaming is likely down to two factors.

First, the increasing availability of high speed broadband makes watching video online as easy as turning on your TV.

Second, and most important, is the availability of boxes that make it convenient and easy to get that content directly to your TV.

These are touted as Android TV boxes, running a version of Google’s software that allows access to the company’s Play Store - similar to your Android phone or tablet - and legal services such as Netflix, while also opening it up to slightly more dubious services.

It is not difficult to see why people are turning to the boxes. Simple to use, they offer easy-access to apps that will in turn bring thousands of TV shows and films on demand, from the latest episodes of currently running shows in the US that are not available here yet to older series that may be difficult to find through more legal means.

There are also live sports events - although the Premier League is cracking down on illegal streams of its games - and once you have paid for the box itself, that is all the money you need to shell out: No monthly subscription fees or pay-per-view charges.

Do a search online, and you will see several Irish-based sites offering “fully loaded” devices for under €100 that can be plugged into your TV and ready to go in minutes.

This all falls into a grey area of the law, but it appears - for now at least - that streamers may not be doing anything illegal.

A 2014 ruling by the European Court of Justice indicates that it may not be illegal to stream content that someone else has made available.

When you stream content, you don’t download a permanent copy of it to your device, so that doesn’t count as downloading.

That may change in the future though as the movie studios and content providers seek clarification on the law, but for now, streamers are unlikely to be hauled in front of the courts.

Morally, though, you are certainly in dubious territory. And if you are the person making the content available, that’s a different story.

What software is used?

That software is available for mobile and desktop devices, and is a simple media player, so it is perfectly legal. To access the content the studios want you to pay for requires add-ons for Kodi, software plug-ins that you download to get free online streams of movies and TV shows.

That’s where things cross into murkier territory. These add-ons provide lists of streams from some of the top sites - Primewire features heavily - and provide easy access to movies and TV shows for viewers.

Even selling the boxes themselves is not illegal, although if they come preloaded with the Kodi add-ons, that’s another matter.

Trying to stamp out piracy, though, is somewhat of a whack-a-mole situation for the industry. As soon as one add-on is hobbled, providers come up with another one.

A quick look on Facebook will reveal plenty of groups for streaming services that will point beginners to the most reliable add-ons for accessing copyrighted material, and give them instructions on how to set them up.

It’s the same problem the music industry faced several years ago. The industry tried to take on Napster in the courts to prevent peer-to-peer sharing and illegal downloading, and while it had some degree of success, you can’t say that it stamped out piracy.

Downloaders moved to other services, and it was only when streaming music services became more widely available - and more affordable - that the tide appeared to turn.

The battle hasn’t yet been won though. When Kanye West put his new album Life of Pablo - apparently exclusively - on music service Tidal, it was pirated more than half a million times within the space of a day. It has since been released on other platforms.

So the studios are facing an uphill battle on this one. But they have learned from the music industry’s mistakes, by targeting the source of the content rather than the users.