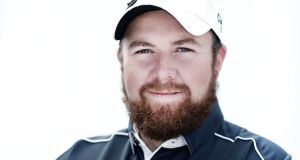 Shane Lowry: said Bank of Ireland’s support in recent years had been “terrific” for him and he was “delighted” to extend the relationship.

Bank of Ireland has teed up a new sponsorship deal with leading Irish golfer Shane Lowry in a deal that will run to the end of December 2019.

The announcement comes as Lowry prepares for the US Masters in Augusta, Georgia this week. The bank has backed Lowry since mid 2014.

Lowry (30) won the 2009 Irish Open as an amateur, followed by the 2012 Portugal Masters and the 2015 WGC-Bridgestone invitational in the professional ranks. He was also runner up in last year’s US Open major tournament and is currently ranked number 65 in the world rankings.

The Offaly golfer will continue to represent Bank of Ireland as a brand ambassador. This will involve him carrying the bank’s branding on the left chest of his golf clothing, and hosting a number of corporate events for the bank each year.

Commenting on the new deal, Tom Hayes, chief executive of Bank of Ireland Corporate Banking said: “We are delighted to continue our association with Shane who we believe is destined for even greater success in the years ahead.

“We are committed to supporting Irish talent and businesses both here and abroad. Our partnership with Shane has strengthened Bank of Ireland’s brand visibility, especially in Ireland, Europe and the US, where we have significant businesses of scale.

“We wish Shane every success, in particular at the Masters in Augusta this week, and we look forward to continuing our successful partnership with one of Ireland’s leading sporting talents.”

Shane Lowry said Bank of Ireland’s support in recent years had been “terrific” for him and he was “delighted” to extend the relationship.

“I’ve really enjoyed representing the bank, whose brand I wear with enormous pride,” he said.

“They have a long tradition of supporting Irish businesses and sport and I am thrilled to continue to be part of their team as I pursue my ambition of rising to the top of the world rankings and competing for major championships over the coming years.”