Liberty Global chief executive due as much as $123m in compensation 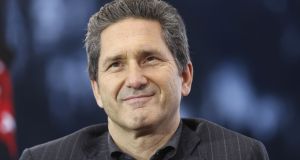 Liberty Global chief executive Mike Fries is in line for as much as $123 million in compensation, filings ahead of its June 30th annual meeting show.

The company, which owns Virgin Media, was keen to call that gross figure misleading. Mr Fries is able to bank about $50 million for the year finished 2019. About half of that is equity awards. The larger nine-figure number in the proxy filing includes unearned performance-related income rolled in from the next five years, the company said. He’s not a seller of Liberty Global stock, they added.

“Our chief executive did not earn the figure listed in the proxy,” said a spokesman by email. “Complex US proxy rules grossly inflate his compensation because unearned future income from the five-year employment agreement he entered into last year is treated as ‘earned’ in the year it was granted -- even though it pays out over multiple years, and is subject to performance conditions, stock appreciation and vesting requirements.”

The cable conglomerate has previously sparked investor push-back on executive pay, though some opposition has ebbed and top shareholders like Harris Associates have backed Mr Fries’ compensation.

Liberty added that the chief executive’s payout is “95 per cent performance-based and the employment agreement that was renewed in 2019 pays out over an extended time frame.”

Mr Fries’ pay, the company’s lack of board churn, and the voting dominance of its chairman and chief executive were highlighted in a note by Berenberg analyst Carl Murdock-Smith on Friday, who wrote that the chief of Liberty’s biggest UK rival, BT Group, was paid £3.2 million pounds this year.

Mr Fries has previously ranked among the best-paid chief executives globally, putting him in an elite club alongside some other fellow John Malone company bosses. He recently inked a $39 billion merger of the company’s UK cable company Virgin Media with Telefonica’s mobile carrier O2.