Even before the crisis, artists had a right to be fed up with paltry recorded music earnings 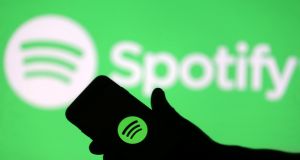 In February, pre-Covid-19, I spent two hours in the ornate confines of the Olympia Theatre being buffeted by fellow gig attendees whose height relative to mine resulted in the rhythmic intrusion of elbows into my body. My longing for armour apart, it was a great night. It was also the kind of raucous, chorus-filled evening that has become inconceivable from now until the end of social distancing.

The band I saw will likely be okay: they made their money in the 1990s, when people paid £15 in old money (€19.05) for an album on the offchance they might like it and CD sales were on an upward curve. But for those whose careers began in or have largely coincided with the age of streaming, the extended pause on the live music scene – coupled with a moratorium on licensing payments from closed pubs, clubs and cafes – is a miserable affair, and one that has many wondering why it is that musicians were getting such a bad deal in the first place.

During this suspension of touring, online campaigns such as #BrokenRecord and #FixStreaming have been busy highlighting the paltry sums – estimated at fractions of cents – musicians earn from every stream of their work on Spotify, Apple Music, Google Play Music, Amazon, Tidal and the rest. Crucially, the problems don’t begin and end with streaming services: streamers’ payments go in the first instance to music labels, who will take the majority cut.

#BrokenRecord co-creator Tom Gray of Mercury prize-winners Gomez, who is also a director of UK licensing royalty distributor PRS for Music, is among those who have been calling for the labels and platforms to “come to the table” with music creators, while Tim Burgess, the musician who has been running album “listening parties” on Twitter during lockdown, addressed the platform to say it had “an amazing thing” that “just needs to be fairer”.

One of the issues raised is that streaming is deemed to be “reproduction”, meaning the payments go directly to labels, rather than analogous to broadcasting, which would require licensing arrangements that put royalties into artists’ and songwriters’ pockets.

Another bugbear is that the subscription money paid by a user, less the platform’s cut, isn’t necessarily going to the artists he or she streams, but instead into a big pot where a top tier of major label names claim a percentage based on their share of total monthly streams. This further breaks the link between the user and the artists they actually like.

Even hit-makers are not exactly raking it in. If a song manages to top an impressive 1 million plays on Google-owned YouTube, the artist will collect not much more than €300 for their trouble, with the portion going to the songwriters smaller still.

None of this is new, which is indeed why the #BrokenRecord campaign is so named. But what Covid-19 has done is unravel the like-it-or-lump-it narrative that insisted to musicians that it didn’t matter if revenues from recorded music were in the toilet, they could always make money from royalties, ticket sales and, if they were really lucky, merchandise.

Spotify, which has the most paid subscribers at more than 130 million, has responded to the crisis by supporting various emergency relief funds for musicians, including one set up by the Irish Music Rights Organisation (IMRO), the Irish Recorded Music Association (IRMA) and First Music Contact that offered grants of €750 to Irish music creators suffering blows to their income.

Not all of Spotify’s pandemic efforts have been without criticism. One recently launched feature, called the Artist Fundraising Pick, allows musicians to add a “make a contribution” user donation button to their page, but was swiftly dubbed a “tip jar” that masked the real problem. A “slap in the face” and an offensive “Band-aid” were just two of the epithets it won. Asked about it by the Guardian, James McGovern of Irish band The Murder Capital bluntly labelled its introduction “a load of f***ing horses**t”.

A head-hurting facet of the situation is that Spotify itself is not exactly coining it in. In its 12-year history, the technology company has never turned an annual profit. You can count on one hand the number of times it has managed a quarterly one and still have fingers to spare. Of late, the reason for this is that it has been investing in podcasts: last week, it got out its chequebook out for exclusive rights to a show by US comedian and TV host Joe Rogan.

It hasn’t been silent on the streaming income question, however. Spotify chief executive Daniel Ek, after drawing attention to a lengthy analysis of the predicament on MusicAlly.com, responded that the company was “proud” to have paid more than €15 billion to rightsholders in its history before admitting “we know there’s even more to figure out”.

Until all involved can figure it out, the industry will scuttle along with a handful of ubiquitous names at the top, an absence of middle-income earners then a long tail of creators who do it for love, but only as long as they can afford it. The lost talent, curtailed ambition and cultural stagnation from this is incalculable, and ironic, given consumers can access pretty much all the music they could possibly want to hear for as little as €9.99 a month (or for nothing if they put up with a few ads).

Ultimately, in asking why musicians get such a bad deal, there’s another question lurking. Is the deal consumers are getting just too good?