What will happen to news consumption after the pandemic? 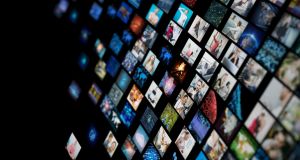 Television news audiences are among those that have increased since the crisis began, but the effect might be wearing off. Photograph: iStock

Notwithstanding the Taoiseach’s advice to “minimise” media consumption that causes distress or anxiety, almost three in five Irish people say their news intake is higher than it was pre-pandemic, while one in five have changed the type of media they consult for news.

These findings from a series of questions placed by DHR Communications on an Amárach Research omnibus survey may sound unsurprising – Covid-19 is, after all, the news event of the century – but they are still significant. In normal times, media outlets that try to disrupt their way into the lives of busy people do not find it easy. It really does take a pandemic to produce these sorts of swings.

Based on the responses of 1,607 people surveyed in early May, some 47 per cent of Irish adults are watching television news and 46 per cent are using news websites more often than they did before. Some 27 per cent said they were doing the same for online or print newspapers, 23 per cent for national radio and 17 per cent for local radio.

Whenever daily routines are reset overnight, the consequences include broken habits, too

It’s not as if they are abandoning social media in order to do this. Social media usage also appears to have surged: some 38 per cent report using Whatsapp more than before and 21 per cent say they have increased their contact with Facebook. Stuck at home, we want to connect with others outside of it. We have more to catch up on, more to say and more to share.

Whenever daily routines are reset overnight, the consequences include broken habits, too. For example, there will be some commuters who no longer tune in to, say, Morning Ireland because the time they once spent commuting is now spent asleep or panicking without the media’s help. But in all of the cases mentioned above, the proportion of people who said they were consuming less of a certain form of media for news than before were outnumbered by those who were consuming more of it.

Television news has been a notable performer throughout all this. Despite its popularity, its role is often overlooked. A mere 6 per cent of people say they do not use television as a source of news at all, while only 9 per cent say they are using it less for news than they did before.

Presumably those who are backing away fall into two overlapping camps: people now competing for the remote with family members with alternative viewing demands, and people who know that watching the latest updates on death tolls, intensive care units and vaccine uncertainty will probably make sleeping that night impossible. The most sensitive, delicate and human of reports have often been the hardest to watch.

For some traditional media, the swelling of attention to their officially essential services will feel like vindication of what they do. Amid an “infodemic” of dubious theories and counter-theories, journalistic rigour has rarely been more important, and there is evidence to suggest it is being recognised as such. But can the effect last?

The safe bet is that it won’t. Indeed, media consumption monitoring by Core Research already points to some “levelling off” in both television viewing and television news consumption, along with other trends such as online searches for “coronavirus”.

The growth in television viewing levels, initially driven by news and current affairs, has slowed from 19 per cent year on year as of mid-March to 7 per cent, Core says.

By the end of April, adults were back to viewing an average of two hours and 30 minutes of television every day – still a big block of time, but similar to the January 2020 figures and down from a peak of three hours at the start of the crisis. Among 15-34-year-olds, viewing levels actually fell below 2019 levels as April progressed, dropping to one hour and 10 minutes each day.

Will the after-effects of Covid-19 include actual news avoidance – a backlash to the misery of recent months?

Television news bulletins continue to draw sizeable audiences, meanwhile, but those audiences peaked in the early days of the crisis. For example, viewership of RTÉ1’s Nine O’Clock bulletin, having soared 200 per cent at first, has since settled back to a less alarming 25 per cent increase on pre-Covid levels.

Core Research refers to this as dip as “news fatigue” and notes that audiences are now seeking out lighter entertainment. Distractions and diversions are in vogue.

But what happens next? Will the after-effects of Covid-19 include actual news avoidance – a backlash to the misery of recent months – or a lasting realisation that staying informed can be a life-or-death matter?

News avoidance was already on the rise before coronavirus. Last year the global Reuters Institute Digital News Report found that some 32 per cent of people actively avoided the news either often or sometimes, compared with 29 per cent who said they did two years earlier. In the UK, the avoider cohort spiked 11 percentage points to 35 per cent thanks to the unique turn-off of Brexit.

Globally, some 28 per cent agreed with the sentiment that there was “too much news these days”. Oh, for the innocent days of 2019.

Before the pandemic, the two biggest reasons people had for avoiding news were that it had a negative effect on their mood and that they were powerless to change events. How much these factors weigh after Covid-19 subsides will be interesting to monitor.

In a crisis where the wellbeing of the collective depends on the responsible behaviour of the individual, nobody is technically powerless to change events, but it would be very understandable to feel that way and not want to be constantly reminded of it.