Earnings also topped expectations, sparking a share surge of more than 6 per cent 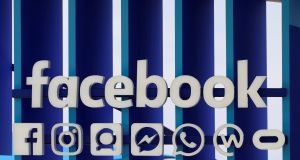 Earnings also topped expectations, sparking a share surge of more than 6 percent in extended trading on Wednesday. The company had 1.52 billion daily active users in December. Wall Street was looking for 1.51 billion, according to the average of four analyst forecasts. The growth shows that Facebook’s recurring scandals haven’t damaged the business much.

The company has also been making progress with emerging advertising initiatives. It has been running more promotions in messaging apps and in user posts called “stories” that only last 24 hours, because the main Facebook news feed is so popular it has less room to grow. The company has sparked outrage over its handling of the vast amounts of data it collects about people.

During the fourth quarter, the public learned more about how Facebook let Russia manipulate users in campaigns that continued through the 2018 US midterm elections. The company also revealed a major privacy breach, after a bug allowed outsiders to access search histories and location check-ins of 14 million people. There are long-term effects to the short-term scares. When Facebook’s Portal device for home-video chatting was launched in the fourth quarter, some consumers expressed reservations about the privacy of the product. The company hasn’t given an update on demand for the device. Late Tuesday, TechCrunch reported that the company skirted Apple Inc’s App Store rules to gather data on teen phone usage. The iPhone maker retaliated by revoking Facebook’s ability to make apps without Apple reviewing them first. That means Facebook employees can’t access the iPhone apps they’re developing, causing chaos at the company’s headquarters in Menlo Park, California. – (Bloomberg)