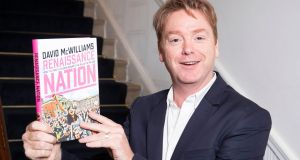 This represented an increased of €35,483 in the 12 months to the end of March 2018, according to accounts for Iconic Media Ltd.

The accounts state that the assets of the defined-contribution pension scheme are held separately from those of the company in an independently administered fund.

At the end of last March, the company owed €154,077 to Mr McWilliams, who is a columnist with The Irish Times.

Ranked the 10th most influential economist in the world, McWilliams is also active on social media with 245,900 followers on Twitter.

McWilliams’s latest book, Renaissance Nation, follows on from the success of earlier titles The Pope’s Children, Generation Game and Follow the Money.