Does Facebook really know how many fake accounts it has? 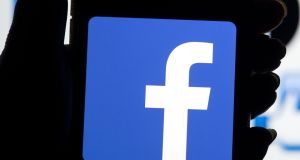 Facebook: the platform’s new numbers suggest more than 2.8 billion fake accounts were taken down in the 12 months that ended on September 30th, or about 7.7 million a day. Photograph: Dominic Lipinski/PA

Facebook sells advertisers on its access to real people – 2.27 billion of them at the last count. That’s a network that exceeds the combined populations of north America, south America and Africa. But do that many people really use Facebook? The answer to that lies partly in examining the number of fake accounts on the website.

The Silicon Valley company defines fake accounts as profiles that are either designed to break its rules – for example by spammers or scammers impersonating others – or that are misclassified, such as someone setting up a Facebook profile instead of a Facebook page for a business. Yet the number of Facebook accounts that fit those descriptions is less clear. While the company discloses its estimates of fake accounts, its figures fluctuate and are confusing. Even Facebook admits its understanding of the numbers is tenuous.

“Duplicate and false accounts are very difficult to measure at our scale,” it said in a securities filing in October, and the actual numbers “may vary significantly from our estimates”.

With Facebook this week reporting a jump in the number of fake accounts on its website, let’s dig into the figures it has given before, and why they don’t necessarily add up. That has implications for the manipulation and abuse of the platform, as well as the company’s business.

First, Facebook’s estimates for fake accounts, made in securities filings, have oscillated in recent years. Facebook cut its estimate of fake accounts significantly in 2016. A year later, it more than quadrupled the estimate. And on Wednesday, in small print at the bottom of a slide about earnings, Facebook increased the estimate by 36 per cent, to 116 million accounts. So what’s going on?

Facebook arrives at its estimates by analysing a sample of accounts, looking “for names that appear to be fake or other behaviour that appears inauthentic”, the company said in its securities filings. “We apply significant judgment in making this determination.”

Alex Schultz, Facebook’s vice-president of analytics, said in an interview that its fake account estimates fluctuated in part because periodic attacks can cause spikes in the figures. He added that Facebook had grown in some emerging markets where fake accounts are more prevalent.

For years, investors, analysts and journalists had only Facebook’s estimates to go on when examining fake accounts. Last year, however, Facebook introduced a transparency page, which discloses how many fake accounts it has taken down each quarter. Those figures revealed that the scope was far larger than the estimates in securities filings had suggested.

Facebook’s new numbers added up to more than 2.8 billion fake accounts taken down in the 12 months that ended on September 30th, or about 7.7 million a day.

More curious was how Facebook’s estimate of active fake accounts barely budged even as the number of accounts it took down each quarter fluctuated widely. For instance, Facebook said it had caught 583 million fake accounts in the first quarter of 2018 and 800 million the next quarter. Yet between those two quarters, it told investors that its active fake accounts had increased by roughly a million.

Those numbers suggest either that Facebook happens to be eliminating exactly enough accounts each quarter to keep its active fake-account estimate flat – or that its estimate is more like a guess.

“You can use your judgment,” said Brian Wieser, an analyst at Pivotal Research who discovered last year that Facebook was claiming it could reach more people in the United States than the Census Bureau said lived in the country. “I think there are reasons to be sceptical of the numbers they put forward.”

Duplicate accounts are banned under Facebook’s rules. But they persist anyway, in even greater numbers than fake accounts

Facebook’s figures also imply that, over the past year, it has caught and taken down roughly 90 per cent of fake accounts that are created on its site – most, it said, “within minutes of registration”.

Facebook said it also stopped millions of fake accounts from registering each day. Schultz said such a success rate was possible because “the vast majority of accounts we take down are from extremely naive adversaries”, who typically create automated accounts that are easy to spot.

Facebook also said the vast majority of fake accounts it removed were ones that it had spotted, rather than ones that users had reported. Of the 2.8 billion fake accounts it took down in the year to September 30th, the tech giant said it found 99.3 per cent on its own.

Those numbers also contradict my experience. Last year, I easily created 11 Facebook accounts that used the same name, occupation and profile photo as my verified account. They remained live for five days, until I reported them to Facebook.

Instagram, which Facebook owns, also left up 10 impostor accounts I had created until I reported them; it took down only five, until I alerted a Facebook spokesman.

If an account appears to be impersonating another user but isn’t “engaged in harmful behaviour,” Facebook often leaves it up, Schultz said. He said such duplicate accounts could be from people who had lost their password or were confused.

Duplicate accounts are banned under Facebook’s rules. But they persist anyway, in even greater numbers than fake accounts, according to the company’s estimates, compounding its problem of inauthentic activity.

Facebook’s estimates of duplicates have also see-sawed, including nearly doubling in 2017. On Wednesday, Facebook increased its count by 20 per cent, to 255 million.

Aaron Greenspan, Mark Zuckerberg’s Harvard classmate who now tracks Facebook, issued a report last week questioning how many authentic users Facebook has. Greenspan, who started a site called “the Face Book” while at Harvard and settled a trademark dispute with Facebook in 2009, said he believed the social network had far more fake accounts than it had disclosed, posing a grave risk to its business.

“The fact there are so many unexplained differences and so many gaps, it paints a picture that, when you combine all these factors together, it would indicate there’s something going on here that they’re trying to hide,” he said.

Schultz said Facebook was doing its best to police inauthentic accounts and be as transparent as possible about how many it believed were still on its site. “We disclose it very publicly, in my opinion,” he said.

When I asked him how advertisers felt about paying to show ads to fake accounts, Schultz said, “What advertisers need to feel comfortable about are the actual results generated by our ad campaigns.” – New York Times Service