Failo: rebranding of Mytaxi to Free Now misses the target

Cantillon: When it comes to changing names, the advice is, if it ain’t broke, don’t fix it 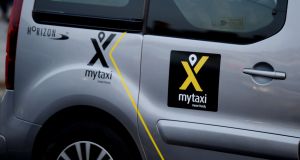 Commercial rebrandings are supposed to be all about renewal, rebirth. So why did so many Irish people die laughing yesterday when the taxi app Mytaxi, formerly known as Hailo, announced yet another name change?

The internationally focused Mytaxi service announced yesterday that, sometime “later this year”, it will be rebranded to Free Now. In Irish circles, at least, news of the name change was treated with derision.

The move has come about as a result of Daimler, the majority shareholder of Mytaxi, joining forces with BMW to create a “family” of five brands to compete with services such as Uber.

The tie-up includes the launch of ride-sharing services, known as Share Now, and a car-charging service, known as Charge Now. Under the same formula, then, the taxi-focused part of the marriage inevitably must operate as Free Now.

“Who is Now?” snorted one Irish wit on Twitter. “Is he or she in jail?”

Dublin-based staff, for example, would surely not have been best pleased to be known as Backrubbers

Rebrandings, especially those that involve name changes, are fraught with danger.

But get it wrong, and it can be disastrous. Probably the most famous example was the decision 18 years ago for the Royal Mail in the UK to rebrand as Consignia. Nobody knew what it meant and there was nothing wrong with the old name, to which the British public was emotionally attached in any event.

After unions got involved, Consignia was consigned to the bin a year later.

There have been several relatively successful rebrandings in Ireland in recent years. The change from Siteserv, which became embroiled in a State investigation into its buyout from receivership, to Actavo has generally looked a sensible one. The name change for the fuels group Topaz to Circle K has also been generally well received.

But Free Now? It is too ambiguous, too easy to mock. The truth is that in Ireland, most people miss its original name before it became Mytaxi. Hailo was a perfectly good name for a taxi app. Why fix something that wasn’t broken?