Can more relatable advertising stop the womenswear slide at M&S? 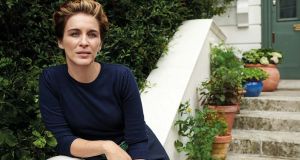 The new advertising campaign for Marks & Spencer has a lot riding on its shapely shoulders. It was launched last week as fashion journalists and influencers gathered in London to view the retailer’s autumn-winter 19 collection, coincidentally on the same day that the 135-year-old retailer suffered the bruising humiliation of demotion from the FTSE 100, the share index home to blue-chip companies of which it was a founder member and, until now, a constant presence.

It is the first outing by the British retailer’s new advertising agency since it split its creative account – food stayed with London agency Gray while clothes moved to ODD, an agency with a strong track record in retail including campaigns for Forever 21, River Island and F&F, Tesco’s clothing label.

The campaign will appear across print, digital, out-of-home and social media though how much we will see here (the print advertising has already begun in Ireland) is unclear with the company puzzlingly tight-lipped about its Irish plans. Photographed by Sean Thomas in everyday settings, it promises to “help M&S lead a rallying cry that everyone deserves good style” while talking about “hard-working basics” and “key shapes”.

In the face of falling sales in its clothes division (from a 10.6 per cent share of the UK clothing market in 2004 to about 7 per cent this year), the brand wants, it says, to be “at the heart of the nation’s wardrobes” – a big ask given that its attempt in recent years to position itself at some (ill-defined) point in the fashion firmament has been greeted with a yawn from style commentators and puzzlement from shoppers as to whom exactly the clothes are aimed.

There’s a perception voiced loudly on social media that the quality has slipped, the sizing inconsistent and the shopping experience confusing with too many sub-labels from Classic to Per Una creating visual havoc on the floor.

M&S in its heyday was about good quality clothes at a good price – more school gates than catwalk friendly. Its everyday appeal was underlined by its greatest clothing successes: it sells more jeans than any other UK retailer and, whatever about aspirations for UK’s wardrobes, it fills its knicker drawers, holding 30 per cent of the underwear market.

Recent advertising campaigns for its womenswear have tended to hinder rather than help to explain its target market. Its 2013 autumn-winter campaign – made at a time when the retailer’s womenswear sales had suffered a sharp decline prompting a tumble in share price – was shot by arguably the most famous photographer in the world, Annie Liebowitz, in Cliveden, one of England’s grandest mansions, and featured among many others Helen Mirren, Katie Piper, Ellie Goulding and controversial artist Tracey Emin. Not exactly relatable on any level for high-street shoppers. And there was the credibility gap: it was hard to believe such glamorous celebrities would choose to wear the not quite fashionable clothes.

And even when a celebrity did manage to convince, there have been problems highlighting issues that go beyond nailing the season’s look. Last year when a denim outfit worn by Willoughby became a rare thing for M&S – a fashion must-have – it instantly sold out. The month-long hiatus before it came back into stock left shoppers furious and the company’s supply-chain issues badly exposed.

And it worked. Famously, sales of the M&S Melting Middle Chocolate Pudding jumped by 3,500 per cent after it got the sultry “It’s not just” treatment. This time, though, instead of lingering on food close-ups, the advertising features ordinary people – a train announcer, a husband cooking, a man eating a pizza – looking at the M&S food and doing their own version of the sexy voiceover to describe it and it’s funny.

Clothes shoppers aren’t remotely bothered about the retailer’s declining womenswear sales or its place on the FTSE 100 (or feel cheer at Monday’s news from Penneys’ parent, Primark, that it expects sales to be 4 per cent ahead of last year, though that must rankle at M&S headquarters) but what they do care about, especially in mid-range fashion, is price. And that’s were M&S has given itself a challenge in the Irish market that no amount of relatable advertising can salve.

Two key examples from the autumn-winter range illustrate the point: a double-breasted camel coat is £99 in the UK, priced under that psychological barrier of £100; in Ireland the retailer has converted that into €140 – a very different sales proposition.

Another key piece for the season, the aviator jacket, retails at £69 in the UK but €95 here, a conversion that will have savvy shoppers, aware of currency moves from their online sales experience with other UK brands (and the news reports of sterling’s slide), feeling shortchanged and not exactly winter-warm towards the high-street retailer.