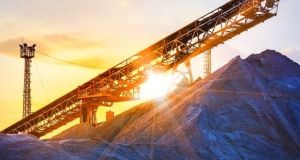 Ormonde has involvements in “promising” gold properties in Salamanca province and Zamora province.

Irish-listed mineral resource company Ormonde Mining has shipped the first batch of tungsten concentrate from its Spanish mine but warned that mining progress will be delayed.

The company said on Monday that sales of tungsten concentrate from the Barruecopardo tungsten mine in Salamanca, Spain, have been recently concluded. Further containers are being prepared for “imminent sale”, it added.

But access to another part of the mine, which had been anticipated early this quarter, has been delayed due to the discovery of an old, backfilled, undocumented part of the mine where high grade tungsten had been expected.

“News that mining progress has been delayed will defer access to good quality tungsten grades, which has a subsequent impact on timing on cash flows. This is unwelcome, although the group has sufficient working capital access in place,” said Davy analyst Job Langbroek.

Aside from its 30 per cent interest in the Barruecopardo mine, Ormonde has involvements in “promising” gold properties in Salamanca province and Zamora province.