Euronext in talks over possible offer for Spanish bourse BME 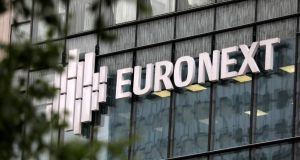 Pan-European stock market operator Euronext said on Monday that it was in talks with Spanish bourse BME over a possible takeover offer as consolidation heats up in the financial exchanges industry.

“Euronext confirms that it is now in talks with the board of directors of BME, which may or may not lead to an offer being made. A further announcement will be made as and when appropriate,” Euronext said in a statement.

The BME said that it had not taken any decision yet regarding the situation.

Attempts at exchange mergers, most recently between the London Stock Exchange and Deutsche Boerse, have collapsed in the face of competition and political opposition, although Euronext managed to beat off a challenge from Nasdaq to buy the Oslo exchange recently.

Madrid is among the smallest of Europe’s exchanges with a market capitalisation of €2.1 billion, less than half of Euronext’s €5 billion.