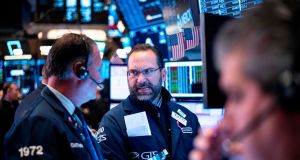 London’s mid-cap index outperformed its European counterparts after the Brexit Party lent further clarity ahead of the December 12th election.

The Iseq, which is generally seen as a bellwether on Brexit, finished the session up almost 1.3 per cent following the news from the UK.

Irish Continental, the owner of Irish Ferries, rose almost 3 per cent to close at €4.53 per share. The ferry company, which runs several routes between Ireland and the UK, has much to gain if Brexit is resolved in an orderly manner.

The FTSE 250 advanced 0.9 per cent as domestically-focused stocks rose after Nigel Farage’s party stood down from more seats not held by the Conservative Party, which could help Tories gain a majority in the upcoming election.

The main index inched 0.1 per cent higher, boosted by miners , as well as oil majors BP and Shell.

Shares of telecom companies were a major blip on the index after Britain’s opposition Labour party vowed to nationalise parts of the telecoms provider BT if it won power in the election. BT slipped 1 per cent, while peers Vodafone and TalkTalk gave up roughly 3 per cent each.

FirstGroup led mid-cap gainers with an 8 per cent rise after Britain’s competition watchdog said it could accept undertakings offered by the company and Italy’s TrenItalia for the West Coast rail franchise.

Struggling floor coverings retailer Carpetright surged 15 per cent to 4.87 pence, its best day in nearly seven months, after agreeing to be taken private by its largest shareholder in a 5 pence a share deal.

Trade-sensitive commodity-linked and technology stocks led gains on the day, while defensive plays like utilities and telecom lagged.

Chipmakers Infineon, STMicroelectronics and ASML Holding were all up on industry bellwether Applied Materials’ upbeat forecast for the first quarter in 2020.

AP Moller-Maersk was the biggest climber in the STOXX 600 index after the world’s biggest container shipping firm said that despite an uncertain economic outlook, a focus on driving down costs put it on track to improve its profits.

A handful of disappointments among stocks listed in the Nordic region kept overall gains in check.

Swedish human care equipment maker Elekta dropped 11 per cent after slashing its full-year outlook, while SEB sank 12 per cent after it was mentioned in a critical television documentary about money laundering.

Nine of the 11 major S&P 500 sectors were higher. Healthcare shares gained 1.3 per cent and provided the biggest boost followed by the trade-sensitive technology sector, which rose 0.65 per cent.

Shares in Applied Materials jumped 9.3 per cent and pushed the Philadelphia Semiconductor index to an all-time high after the chip gear maker forecast first-quarter results above estimates.

Qualcomm gained 1.1 per cent after Mizuho upgraded its rating on the stock to “buy” from “neutral”, while JP Morgan raised its price target. But Nvidia Corp fell 2.3 per cent as the company said it expects its gaming chip business to be impacted by seasonal weakness in the fourth quarter.