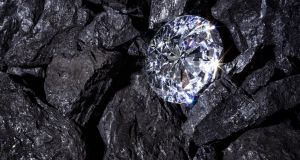 Dublin-based Botswana Diamonds has recovered diamonds from one of its operations in South Africa.

In a stock market update on Tuesday the company said it had recovered the diamonds from plant commissioning activities on its Marsfontein Mining permit, located located in Limpopo, South Africa.

The diamonds come from residual unprocessed stockpiles surrounding the mine and diamond bearing gravels.

“I am delighted with the rapid progress the team has made on-site and it is noteworthy that the first diamonds were recovered within two weeks of the mining permit being granted,” Mr Teeling said.

The company said the funding, which involves shares being placed at 5p each, would be used to continue diamond exploration efforts in Botswana and for general working capital purposes.