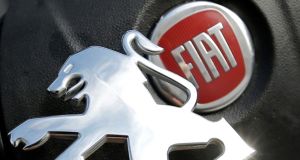 Trade in most markets was subdued on Wednesday, but good results and strong performances from some heavyweights helped lift the Irish Stock Exchange.

Bank of Ireland climbed 2.99 per cent to €4.338 after reporting that borrowers owed it €78 billion at the end of September, €1 billion more than at the beginning of this year.

The bank said customers in Ireland and Britain appeared to have shrugged off Brexit uncertainties. Dealers said that the number of Bank of Ireland shares traded on Wednesday was “not huge, but reasonable”.

Rival AIB dipped 0.99 per cent to €2.988. Ratings agency Fitch – which assesses businesses’ ability to repay their debts – upgraded the Irish bank after the close of trade on the basis that it is reducing the number of boom-era bad loans on its books.

Packaging maker Smurfit Kappa advanced 1.97 per cent to €30.08. The multi-national said that revenue rose 3 per cent in the first nine months of the year to €6.85 billion while earnings were €1.26 billion.

Convenience food and ingredients group Kerry added 2.35 per cent to €108.70. Dealers noted that the volume of shares traded was small but said that the move helped lift the Iseq index of Irish shares.

Ryanair inched up 0.38 per cent to €11.925. The Irish airline is due to report results for the six months ended September 30th on Monday.

Bank Permanent TSB was marked down 4.99 per cent to €1.218, but dealers said there was no real trade in the stock, so dismissed the move as meaningless.

Irish-Swiss baker Aryzta rose 3.6 per cent in Dublin to 79 cent, despite falling in Zurich, where it has its main listing.

Aer Lingus and British Airways owner International Consolidated Airlines Group, which is due to report third quarter results on Thursday, dipped 0.73 per cent to 519.8 pence sterling.

The FTSE 100 reversed early losses to close up 0.3 per cent with the pharma sub-index scaling an all-time high, up 2.5 per cent after Glaxosmithkline followed positive news last week by upgrading its 2019 targets. The maker of Panadol painkillers and Sensodyne toothpaste gained 2.43 per cent to close at 1,782p.

Rival AstraZeneca advanced 2.61 per cent to 7,580p gain after agreeing to sell the European rights for its schizophrenia drug to Cheplapharm.

Standard Chartered added 2.6 per cent to 712.8p after a forecast-beating rise in quarterly profit, even though it flagged headwinds from a likely drop in global growth and lower interest rates.

Next dropped 2.86 per cent to 6,654p after the retailer said sales in September were hit by unusually warm weather and small-cap passport maker De La Rue plunged 20 per cent to 149p, its lowest in two decades, after issuing another profit warning.

Peugeot SA’s shares accelerated after the French auto maker and rival Italian-American rival Fiat Chrysler confirmed they were in merger talks. Peugeot stock hit a 12-month high of €27.06 during trade in Paris on Wednesday before paring that back to close at €26.05.

However, analysts cautioned that a deal would offer little scope for savings in key markets such as the US, Latin America or China. Fiat Chrysler advanced 9.53 per cent to €12.87.

Air France KLM slipped 1.37 per cent to €10.78 on a day that was generally positive for airlines.

Irish-Swiss baker Aryzta fell 6.14 per cent to 0.79 Swiss francs in Zurich although the shares actually rose in Dublin.

The S&P 500 and the Dow Jones Industrials were flat on Wednesday as investors assessed mixed corporate reports, while bracing for a policy decision by the Federal Reserve – the US central bank – later in the day.

Shares of General Electric jumped 9.5 per cent after the industrial conglomerate beat quarterly profit estimates and raised its cash forecast for the year.

Shares of tech heavyweight Apple and social media giant Facebook fell ahead of their earnings reports due after the bell. They were the biggest drags on the Nasdaq. Additional reporting - Reuters