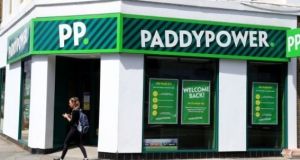 European shares ended flat on Friday as surging coronavirus cases compounded fears of the damage to the bloc’s economy in the coming winter months, although the benchmark index clocked its second straight week of gains.

The Iseq index closed unchanged on Friday despite a strong charge from financial institutions. Bank of Ireland ended the day up 4 per cent, while AIB rose 3.8 per cent.

Ryanair was down 1 per cent, and staying with the travel sector, aviation retail software company Datalex, which on Thursday rose by close to 10 per cent on optimism about the Pfizer-BioNTech coronavirus vaccine, lost those gains on Friday, falling 4 per cent.

Paddy Power owner Flutter, which earlier this week upgraded its full-year earnings guidance, was down 0.9 per cent.

Other movers in Dublin included Smurfit Kappa, up 1.5 per cent and Glanbia, down 1.5 per cent.

London’s FTSE 100 retreated on Friday on concerns over rising Covid-19 infections and as a stronger pound pressured exporters, although the index still logged its best weekly gain since April on hopes of an effective vaccine.

The blue-chip index closed 0.4 per cent lower, as industrial stocks declined and currency moves weighed on big dollar-earnings stocks such as consumer staples.

In company news, construction firm Galliford Try Holdings surged 26.1 per cent after forecasting a return to profitability in the first half of this financial year. Premier Inn-owner Whitbread rose 3.6 per cent after Barclays upgraded the stock to “overweight”, while Rolls-Royce jumped 4.1 per cent after JP Morgan raised its target price on the stock.

The pan-European STOXX 600 edged 0.01 per cent higher after jumping earlier this week on optimism around a working Covid-19 vaccine. The index has gained 12.5 per cent in the past two weeks, also buoyed by hopes of calmer global trade under US president-elect Joe Biden.

German shares rose 0.2 per cent, while France’s CAC 40 index gained 0.3 per cent after having risen to an eight-month high earlier this week. Despite rallying more than 40 per cent since a coronavirus-driven crash in March, the STOXX 600 is down about 7 per cent this year on concerns that the second round of lockdowns would threaten a nascent economic recovery.

In company news, French power group EDF gained 0.4 per cent as it showed signs of improving performance in the third quarter, while German property group Deutsche Wohnen fell 1 per cent after its third-quarter earnings update.

Overall, quarterly results for STOXX 600 companies have been better than expected, with 68 per cent of the firms that have reported results so far beating analysts’ earnings estimates, according to Refinitiv data.

Wall Street gained on Friday as Disney and Cisco’s upbeat results brought the focus back to corporate earnings at the end of a volatile trading week that saw record surges in coronavirus cases and increased hopes of a working vaccine.

Cisco Systems and Walt Disney were the top gainers among 30 Dow components, helping the blue-chip index rise 0.8 per cent.

The network gear maker jumped 6.3 per cent as it gained from a work-from-home driven surge in demand, while Disney rose 2.2 per cent as its rapidly growing streaming video business, and a partial recovery at its theme parks limited its quarterly loss.