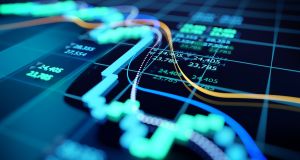 Japan’s Nikkei index on Friday ended at its highest level in 29 years, tracking strong moves in global equities, as investors hoped a gridlock in US congress during a possible Joe Biden presidency would be able to stall major policy changes.

The benchmark Nikkei share average closed 0.91 per cent higher at 24,325.23. It marked the highest closing level since November 1991 when markets were in the midst of a crash after Japan’s bubble economy collapsed.

“Thinking back (about the bubble economy era), the Nikkei share average levels were quite high, but the index has finally returned to that level,” Masahiro Ichikawa, chief market strategist at Sumitomo Mitsui DS Asset Management said.

For the week, both the indexes gained more than 5 per cent each to mark their biggest weekly gains since late-May.

“Equity prices are tracking US stocks higher amid a slight euphoria in the market that Biden is almost certain to win the presidential election,” said Ayako Sera, market strategist at Sumitomo Mitsui Trust Bank, noting that the market shrugged off a stronger yen against the dollar.

Investors are anticipating a Joe Biden victory and the Republicans retaining control of the Senate, allowing the latter to block the Democrats’ agenda such as corporate tax hikes and massive borrowing for large spending.

While the election outcome hinged on a dwindling set of uncounted votes in a handful of battleground states, Mr Biden maintained an edge over Mr Trump. But uncertainty still loomed as the Republican incumbent mounts legal challenges to vote counts.

“The outcome of the election has not been confirmed... It is necessary to take a cautious stance from here on,” Masahiro Ichikawa, chief market strategist at Sumitomo Mitsui DS Asset Management said.

Among gainers in top 30 core Topix names, Daikin Industries jumped 5.44 per cent after it raised net profit forecast for the year ending March 2021.

Toyota Motor gained 0.5 per cent after it more than doubled its full-year operating profit forecast.

Nintendo pared early gains to close down 0.17 per cent after it hiked annual operating profit outlook.

Eisai was up 3.7 per cent on expectations that the company and its partner Biogen moved closer to receiving the US FDA’s nod for their Alzheimer drug. – Reuters