Mass rollouts are likely months away and subject to regulatory approvals 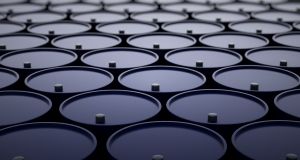 Oil prices fell on Tuesday as worries over near term fuel demand in coronavirus-hit Europe and the United States haunted the market after an overnight surge driven by encouraging news on a Covid-19 vaccine.

Both benchmark contracts jumped 8 per cent on Monday, in their biggest daily gains in more than five months, after drugmakers Pfizer and BioNTech said an experimental Covid-19 treatment was more than 90 per cent effective based on initial trial results. Mass rollouts, however, are likely months away and subject to regulatory approvals.

“A viable vaccine is unequivocally game-changing for oil - a market where half of demand comes from moving people and things around,” JP Morgan said in a note

“But as we have written previously, oil is a spot asset that must first clear current supply and demand imbalances before one-to-two-year out prices can rise.”

Rystad Energy said lockdowns in Europe could result in the loss of a further 1 million barrels per day of oil demand by the end of this year.

“The fast-tracking of multiple vaccines doesn’t mitigate the risk that many US states will have to return to some form of lockdown this autumn/winter,” Rystad Energy’s head of oil markets Bjornar Tonhaugen said.

US oil inventory numbers are due on Tuesday from the American Petroleum Institute, and on Wednesday from the Energy Information Administration.

Five analysts polled by Reuters estimated, on average, that US crude stockpiles fell by 1.3 million barrels in the week to November 6th.

Tuesday’s oil price decline was tempered by comments from Saudi Arabia’s energy minister, who said on Monday the Organization of the Petroleum Exporting Countries (Opec) and its allies, together known as Opec+, could tweak their supply cut pact if demand slumps before the vaccine is available.

Opec+ agreed to cut supply by 7.7 million barrels per day from August through December and then ease the cut to 5.7 million bpd from January.

“If the oil market continues to rally between now and the OPEC+ meeting at the end of the month, it could prove self-defeating, as some members may grow more reluctant to roll over current cuts into next year, leaving the market vulnerable over the first quarter of next year,” ING economists said in a note. – Reuers