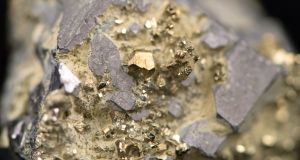 Connemara Mining has discovered gold at one of its sites in Donegal. Photograph: iStock

Irish zinc and gold explorer Connemara Mining has discovered gold in Donegal, and plans to drill holes there later this year.

Investors at the company’s agm on Monday heard that the group was “hopeful” that developments would take place at its Stonepark location in the southwest of Ireland. The block of six licences, which are part of a joint venture, have “had some excellent zinc discoveries in the recent past”.

Separately, the group’s five zinc licences in Oldcastle, Co Meath, also a joint venture, need more drilling. However, it added that it was encouraged by a zinc discovery some 30km away in the Tara mine at Navan.

On the general business climate, it said Ireland was an attractive place to explore, and the company was well placed to take advantage of the renaissance in the heightened interest in exploration in Ireland.