Market report: European shares give back early gains in thin volumes on Monday 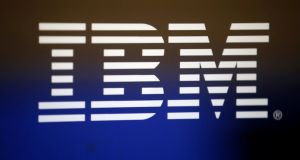 European shares gave back early gains in thin volumes on Monday, as a busy few weeks of earnings reports from top regional and US firms got underway. However, the Iseq closed on a firmer footing, aided by gains from companies like Ryanair and Bank of Ireland.

The pan-European STOXX 600 index ended the session practically unchanged at 386.86 points, after touching a three-week high.

Second-quarter results season kicked off in the United States last Friday with numbers from Citigroup and JPMorgan.

Ryanair gained 1.3 per cent to €18.735 with analysts at Goodbody Stockbrokers highlighted potential upside to the carrier’s guidance for its financial quarter to the end of June.

Bank of Ireland was also in demand, gaining 0.4 per cent to €7.20, as Deutsche Bank concluded that the Irish lender’s pension deficit narrowed in the second quarter, boosting expectations that the group will return to paying dividends early next year.

Over in London, Irish healthcare outsourcing company UDG rose by 1.3 per cent to £8.50 after the company unveiled its second acquisition in as many weeks and fifth of its financial year – the $35 million purchase of Cambridge BioMarketing, a US communications company that specialises in launching drugs for orphan and rare diseases.

Origin Enterprises lost 1.3 per cent to €6.86 as investors continued to digest news on Friday that UK competition authorities have found the company’s deal to buy Bunn Fertilisers may reduce competition.

The FTSE 100 gained 0.4 per cent to 7,404.13 points in London, as news that China’s economy expanded by a better-than-expected 6.9 per cent in the second quarter boosted mining stocks.

ITV surged as much as 3.8 per cent – before closing 1.3 per cent higher – after the broadcaster poached Easyjet chief executive Carolyn McCall to fill its vacant CEO position. Easyjet also advanced.

Beleaguered infrastructure giant Carillion rallied more than 19 per cent as investors cheered plans to appoint accountancy giant EY to help carry out a review of the business. The group’s shares plunged last week after it issued a profit warning.

British engineer Weir Group surged more than 8 per cent after increasing its forecasts for its oil and gas units, helped by strong North American drilling activity.

Germany’s Dax slipped 0.4 per cent while the Cac 40 in Paris ended the session 0.1 per cent lower.

Updates from some Nordic firms spurred sizeable moves too, with shares in Norway’s Telenor jumping more than 8 per cent. The telecoms firm raised its outlook for 2017 earnings margins after its operating results beat expectations.

Shares in Swedish medical technology firm Getinge dropped 9 per cent after its second quarter core profits lagged forecasts and it booked a remediation provision for a facility in Hechingen.

US stocks were hovered near record levels early afternoon trading on Wall Street as investors geared up for a busy earnings week from big US companies.

Analysts estimate second-quarter earnings for the S&P 500 companies rose 8.2 per cent from a year earlier. Microsoft, IBM and Johnson and Johnson are scheduled to report results this week.

Shares of BlackRock fell 3.2 per cent after the world’s biggest asset manager’s quarterly profit came in below expectations.

General Cable jumped 10 per cent after the cable manufacturer announced on Sunday a review of strategic options that could include a potential sale of the company.