Quinn Radiators put into administration with loss of 280 jobs 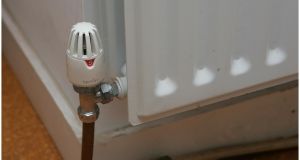 Quinn Radiators, formerly part of the Quinn Group, has been put into administration on foot of mounting losses and several unsuccessful attempts to sell the business.

The company, which is based in Newport in Wales, was spun out of the old Quinn family group’s manufacturing business in 2014, formerly controlled by Fermanagh businessman Sean Quinn.

Some 280 of the company’s 300 staff have been made redundant as part of the move. The workers were presented with a letter telling them their contracts had been terminated on Monday.

“In recent years, the company has faced the ongoing challenge of remaining competitive in the face of increasing raw material prices and cheaper imported brands,” said administrator Alistair Wardell.

“Over the past months, the directors actively sought a buyer for the company in an effort to preserve jobs and keep the business in the UK. These discussions ceased last week without success and with unsustainable losses continuing the directors took the difficult decision to appoint administrators, resulting in the immediate redundancy of circa 280 employees.”

RHP Bidco acquired the business from Aventas, the vehicle that originally owned most of the Quinn family group’s manufacturing business.

In 2004, Mr Quinn trumped Mr Mullins’s bid to take Barlo private with an €84 million offer. This included the radiators business.

According to its website, the company is Europe’s leading supplier of round top radiators.

The facility in Newport, which opened in 2005, had the capacity to make 3.5 million radiators a year.

The company received a £3 million (€3.4 million) loan from the Welsh Government last year with the aim of creating additional jobs and safeguarding the existing workforce.