Company to continue to trade and supply its customers 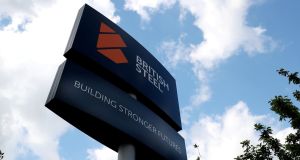 British Steel staff have been paid and will continue to be employed, the official receiver said. Photograph: Scott Heppell/Reuters

British Steel was forced into liquidation on Wednesday though Britain’s second largest steelmaker will continue to trade and supply its customers, the official receiver said.

“The company in liquidation is continuing to trade and supply its customers while I consider options for the business. Staff have been paid and will continue to be employed,” the official receiver said.

“The court also appointed special managers to assist me with my work and they are engaging with staff and their representatives to keep them informed, as well as contacting British Steel’s customers.”

The high court of England and Wales has appointed Hunter Kelly, Sam Woodward and Alan Hudson of EY to act as special managers to assist the official receiver with his duties as liquidator.

Britain’s opposition Labour Party has called for the UK government to bring the company into public ownership, although that has previously been ruled out by the Conservatives.

Britain will work to secure the future of British Steel’s operations over the next weeks and it would have been unlawful to provide a loan to the company, business minister Greg Clark said on Wednesday.

“I have been advised that it would be unlawful to provide a guarantee or loan on the terms of any proposals that the company or any other party has made,” said Mr Clark.

“In the days and weeks ahead, I will be working . . . to pursue remorselessly every possible step to secure the future of the valuable operations in sites at Scunthorpe, Skinningrove and on Teesside,” he said. – Reuters