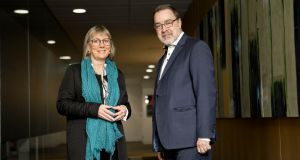 Irish companies are punching above their weight when it comes to securing European innovation grants, with four Irish companies seeing off the competition to secure funding in the latest round of the European Commission’s SME Instrument.

The latest round of funding, which has just been announced, will see Eirecomposites Teoranta and W1Da Experience (in a combined project), Soapbox Labs and Pure Fibre secure funding of more than €5 million as part of the latest round of the instrument.

The instrument forms part of the commission’s €80 billion Horizon 2020 research and innovation programme, and provides for a fund of €3 billion to be made available to highly innovative companies.

Since its establishment in 2014, about 50 per cent of the funds available under the instrument have gone to established start-ups, and the commission has largely invested in technological innovations, but is “more and more interested in social and services innovation”.

“The best example of this is Airbnb,” said Reichert, adding that the commission is looking for innovations that are not just new to a company, but new to the market.

“What we are interested in are highly innovative companies with growth potential,” he said, adding that “this is what we’re lacking in Europe”.

Indeed, Europe has more small companies than elsewhere in the world, and these aren’t developing fast enough, while Reichert also pointed to the ongoing difficulties in getting later-stage funding to help companies grow.

Last year the biggest investment in a European tech company was the €40 million invested in Ada Health compared with the United States, where investment would have been “10 times” larger.

“This is the challenge, this is where we want to get to,” said Reichert.

There are also cultural issues to address and a tendency towards begrudgery, rather than embracing success.

“It’s not a good idea if you’re rich [in Europe],” said Reichert.

This is where the instrument comes in. It’s about keeping companies in Europe, allowing them to grow here, even if they access finance from elsewhere.

“There is no issue of money – it is the issue to get to the money,” said Reichert, adding that investors in Europe can be both fragmented and conservative, which can cause difficulties.

It’s partly why the commission offers the funding on a grant basis – to address this “market failure” by investing at this risky stage.

Availing of the instrument also helps companies get follow-on investment, and Reichert cites this as being a measure of the success of the fund. Since launch, about €700 million in private investment has gone into successful companies in the programme.

With the UK’s imminent departure from the European Union, the fund will be cut by about 10 per cent Reichert expects but the overall impact will be less, as while the UK won’t contribute to it, UK companies also won’t be able to access it.

The SME instrument is a grant, not equity, and does not have to be repaid, nor does the company have to give up a stake in their company in return for the funds.

According to Reichert, “if your goal is to get your money back, you’ll to have take less risk. The highest risk is a grant because you can’t get it back”.

This allows the commission to take more risk with its choices – and companies also to take on more risk, as they don’t have to pay back the funds. It’s a two-stage process: €50,000 can be awarded in Phase 1, with up to €2.5 million in Phase 2.

It is, however, very targeted and as Sean Burke of Enterprise Ireland asserts, “it’s not for everyone”.

“I wouldn’t recommend companies try their luck,” said Burke, adding that the success rate is low for companies that don’t fit the profile.

The Irish companies that do go for it have proven themselves to be particularly adept at succeeding. Since 2014, some 640 Irish companies have applied for the scheme, with 87 successful, attracting some €51 million in funding. This translates to a success rate of about 13 per cent – more than the European average of 5-7 per cent.

For companies who do want to get involved – and it’s very much not Dublin-centric – Burke suggests they submit a clearly defined business plan to Enterprise Ireland on one page to start the process.