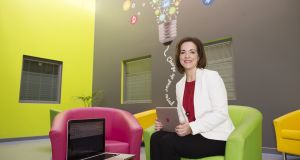 “The decision to develop the Galway Technology Centre was very forward thinking at the time,” says Niamh Costello, who has been the centre’s general manager for the past four years

Back in 1992 innovation centres were not really part of the start-up landscape they are today. There were only a handful of units thinly spread across the country and Galway Technology Centre (GTC) was ahead of its time when it opened its doors to budding entrepreneurs in 1994. Since then, over 150 companies have passed through its doors and generated in excess of 3,000 jobs between them.

GTC was launched with room for just eight start-ups. Today, it’s home to 40 firms and the original 6,000sq ft building has grown in stages to 50,000sq ft. It has recently undergone a €400,000 upgrade to its physical environment and technological infrastructure in order to offer tenants facilities such as 1GB of free high speed broadband with additional dedicated bandwidth available on request.

The centre’s focus is the acceleration of early stage knowledge-based companies and it provides facilities for both indigenous and foreign direct investment (FDI) companies alike. Some of its fast-growing FDI “graduates” include US-based, EA Games, which started out with four people and now employs 300 and online retailer, Wayfair, which has 350 local staff. MathWorks and IPSSwitch, both formed in 2016, employ 35 and 40 people respectively.

Indigenous companies that have cut their teeth at the GTC include Storm Technologies, founded there in 1995, BlueTree Systems recently acquired by Nasdaq-traded OrbComm, ExOrdo, and PlanNet21 which employs 100 people between its offices in Dublin and Galway.

The GTC is currently at capacity, but there have been bumps along the way. To begin with, it grew out of adversity and was something of a leap of faith by the combined forces of Galway Chamber of Commerce, WestBIC, and Galway city council/corporation when it was set up 23 years ago.

A year earlier, in 1993, Galway had been dealt a devastating blow when the Digital Equipment Corporation, once the poster boy for FDI success in the region, closed down with the loss of nearly 800 jobs. Over 3,000 families were affected by the closure and the impact on the local economy was huge.

For many, there was no way back. Their jobs were gone. But in an effort to hold on to at least some of the skills and knowledge built up over 20 years by the Digital workforce, the Galway Technology Centre was set up to provide a physical space and support system for those with bright ideas who were interested in starting their own business.

The IDA was approached to provide a premise in its Mervue Business Park and it was very much a case of “beg, steal and borrow” to fit out the building. Local companies such as AIB and Thermo King gave cash while Digital donated partitions, phones and desks. When the centre opened for business in 1994, seven of the eight units were occupied by former Digital employees. Of the original eight, five are still in business in some shape or form.

“The decision to develop the Galway Technology Centre was very forward thinking at the time,” says Niamh Costello, who has been the centre’s general manager for the past four years. “They realised that there was a wealth of entrepreneurial talent in Digital and they had a strong desire to replace the jobs and to retain this talent in Galway. The stakeholders came together, ran an entrepreneurship programme with 34 soon-to-be ex-Digital employees and a momentum began to build. In its first five years, the centre supported 30 companies, employing 300 people between them.”

GTC is a self-funding, not-for-profit organisation with a voluntary board, which is owned 70 per cent by the Galway Chamber of Commerce and 30 per cent by WestBIC. Its tenants pay rent to be there and indigenous companies typically spend three to four years at the centre while FDI start-ups usually move on within three to six months.

The centre runs a programme of workshops, pitching competitions and networking events to facilitate peer-to-peer interaction and share information about what its companies are up to. In September, the centre bagged its first Brexit tenant when London-based patent attorneys, Keltie, set up an office there with four people.

Spotting an opportunity to pitch itself to a much wider audience, GTC has since run an event in London in conjunction with Keltie and the Irish Embassy called Why Galway? “We were hoping to generate interest in Galway as a potential base for UK companies post-Brexit,” Costello says. “GTC is very much about the bigger picture and trying to create good job opportunities here so we can offer our graduates an alternative to leaving the area.”

Costello says that GTC is complementary to the recently opened PorterShed innovation hub in Galway city. “The PorterShed fulfils the need for a down town start-up space for very young companies and its open-plan environment suits businesses at that formative stage,” she says.

“We’re focused on more established companies that have their product figured out and are at the growing and scaling stage. We are trying to de-risk this process for them by offering low rents and flexibility in terms of providing what they need. Our building is divided into units because we have companies in the fintech and cyber security sectors that need their privacy and we aim to offer that own-door option while still enabling our companies to be part of a vibrant start-up ecosystem.”

While the GTC is now buzzing with the activity of 40 tenants that employ 250 people between them, it went through a lean patch during the recession when many of its companies either scaled back or went out of business. In 2013, a decision was made to appoint a dedicated manager whose job was to rejuvenate the centre and grow the occupancy levels.

This task fell to Costello who worked in the hospitality industry for a number of years before moving into the technology sector. Over the past four years she has overseen a major capital investment at the centre while raising its public profile and building stronger connections with its many potential stakeholders from third-level colleges to the entrepreneurial and investment communities at large.

“GTC has come a long way since 1993 and is very much the home of serious tech entrepreneurs in the greater Galway area,” she says. “We have a very distinguished past and have supported a long list of what have become very successful companies. Our mission is to continue to build on that legacy and to facilitate entrepreneurs on the journey from young company to SME by providing a highly connected infrastructure and a full range of supports, services and spaces.”