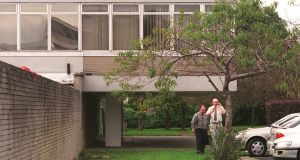 Shares in Smith & Nephew rose to a nine-month high on Friday after the artificial hip and knee maker said a strong first quarter, led by growth in emerging markets, put it on track to meet its targets for the year.

The company reported underlying revenue growth of 3 per cent, within the 3-4 per cent range it has forecast for the year, in what analysts said was likely to be its weakest quarter.

Chief executive Olivier Bohuon said the company had made a good start to the year, highlighting emerging markets, where growth returned to double-digits, with China up by an underlying 14 per cent.

“We continue to focus on execution and expect to see progress through the year,” Bohuon said.

Analysts at Bank of America Merrill Lynch said the highlight in their view was the recovery in emerging markets.

“We expect this to be taken positively by the market given China destocking has been a headwind for a long time,” they said. – (Reuter)