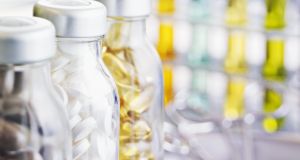 Austrian biopharmaceutical company Nabriva Therapeutics is to relocate its holding company to Dublin in order to improve access to capital, the company has said. The move means that its clinical development and commercialisation plans will now be managed out of Ireland, the US and Austria.

“The supervisory board and I believe that it is in our shareholders’ best interests to change our company domicile to Ireland. This will allow us better access to capital which is more in line with other emerging-stage biopharmaceutical companies and will allow Nabriva to operate more flexibly and efficiently,” said Dr Colin Broom, chief executive of Nabriva.

Nabriva said it would continue to focus on the development of lefamulin, its novel pleuromutilin antibiotic, which it is developing as a treatment for patients with moderate to severe community-acquired bacterial pneumonia (CABP).

“Our research and discovery efforts will continue to be located in Austria and clinical development and plans for future commercialisation will be managed from Ireland, the United States and Austria,” Mr Broom said.