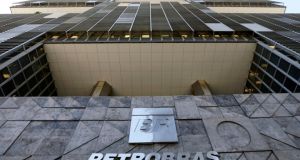 The alleged use of Swiss bank accounts in the Petrobras case is fuelling efforts to investigate tax avoidance by Brazilians at HSBC in Switzerland. Photograph: Sergio Moraes/Reuters

Documents released by a Brazilian court have outlined the alleged use of Swiss bank accounts for the payment of bribes in the Petrobras scandal.

Pedro Barusco, a former Petrobras executive and key witness in what is emerging as Brazil’s biggest graft case, said in a statement filed with a court in Parana that he laundered an estimated $100 million (€92 million) in bribes partly through a web of accounts in several banks in Switzerland.

These include Bank Safra, where he claimed to have opened several accounts “with the help of” Julio Faerman, a Brazil-based oil and gas industry consultant, and Denise Kos, a former official at the bank.

Brazilian prosecutors allege former company executives and politicians mostly from the ruling coalition government colluded with the energy group’s contractors to receive millions of dollars of bribes in exchange for business deals.